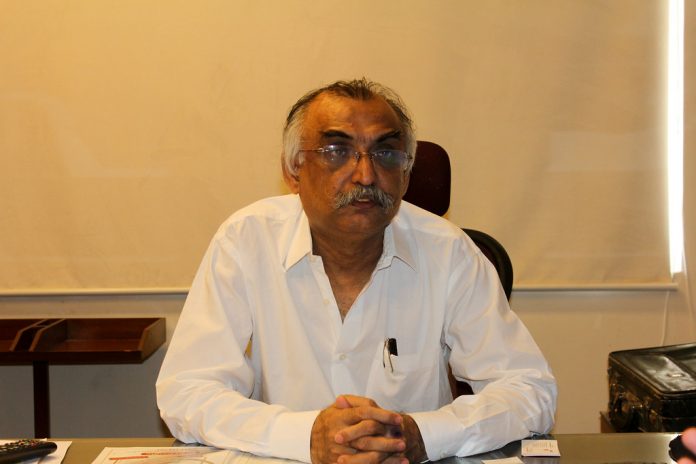 ISLAMABAD: The appointment of “a tax expert” as the new chairman of Federal Board of Revenue (FBR) has irked the tax officials, who have reportedly decided to challenge the appointment in a court of law.

On Monday, a placement committee comprising Adviser to Prime Minister on Establishment Shehzad Arbab, Adviser to PM on Institutional Reforms Dr Ishrat Husain, Minister Education Shafqat Mehmood and Adviser to PM on Finance Dr Abdul Hafeez Shaikh was scheduled to meet to decide about the new FBR chairman. It is not clear whether the prime minister proposed Zaidi’s name for FBR’s top slot in consultation with the said committee or not.

“Although there has been an FBR chairman from the private sector in the past, the appointment of Zaidi is not being welcomed by the FBR officials,” sources claimed, adding that some of the officials have decided to challenge the appointment, for which they may refer to a similar case of Islamabad High Court (IHC) in 2013.

It is pertinent to mention that IHC in 2013 had termed the appointment of former FBR chairman Ali Arshad Hakeem as illegal.

Petitioner Ashfaq Ahmed, a grade-19 officer of FBR, had challenged the qualification of Ali Arshad Hakeem. The bench, observing that the appointment of Hakeem was made without adoption of a competitive process, had directed the government to appoint a suitable person as FBR chief.

The Pakistan People’s Party government had appointed Hakeem as the FBR chairman on July 10, 2012. After becoming FBR chairman, Hakeem was also given the additional charge as secretary of the Revenue Division.

Counsel for the petitioner, Barrister Zafarullah Khan, had argued before the court that while appointing Hakeem as FBR chairman, the government relaxed at least 10 essential requirements.

However, referring to the fresh appointment, sources claimed that there was no prescribed criterion for the appointment of the FBR chairman.

On Monday, Prime Minister Imran Khan announced that Shabbar Zaidi would be the next FBR chairman. The appointment is yet to be notified, but the PM said it would be done soon.

According to details, Zaidi is a senior partner in A.F. Ferguson & Co, a member firm of Pricewaterhouse Coopers and has authored multiple books, including ‘Panama Leaks: A Blessing in Disguise–Offshore Assets of Pakistani Citizens’, ‘A Journey for Clarity’ and ‘Pakistan: Not a Failed State’.

He is well versed in Pakistan’s tax laws and key policy matters governing fiscal strategy, corporate regulations and foreign exchange regimes and has written extensively on the topics. He recently also advised the Supreme Court in a case concerning offshore assets owned by Pakistanis.

Reforms in FBR have been a challenge for the government which made tall claims of making the board an ideal institution of the country. However, despite laps of over seven months, no improvement in the taxation system is being witnessed. The FBR is currently on course to register one of the highest shortfalls of its history by the close of this fiscal year, anticipated to come in above Rs350 billion.

According to sources, former FBR chairman Jahanzeb Khan was shown the door owing to his poor performance with regard to revenue collection.