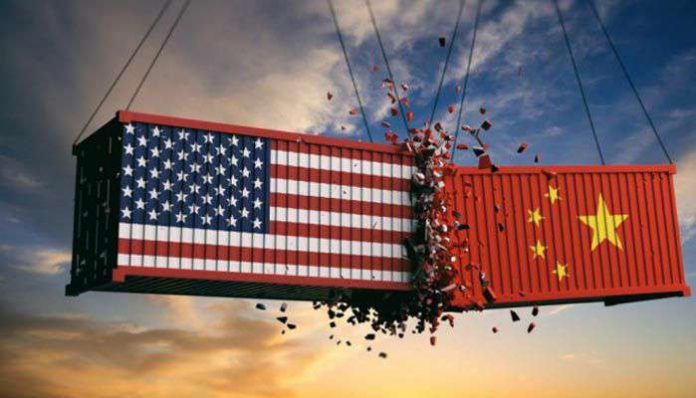 PARIS: The OECD on Tuesday cut its forecast for the world economy, urging governments to resolve their trade disputes as the latest flare-up in the China-US trade war threatens to crimp global growth.

“Governments must act urgently to reinvigorate growth that benefits all,” the Organisation for Economic Co-operation and Development said as it pared back its forecast for global growth to 3.2pc this year from 3.3pc earlier.

“Invest in infrastructure, digital transformation and skills to meet tomorrow’s challenges. In the euro area, combine structural with fiscal policies to stimulate activity.”

The OECD’s updated forecasts did not take directly into account the latest flare-up in the long-running trade war between Washington and Beijing, “insofar that there is still a great deal of uncertainty about the length of time (tariffs) will remain in place and the future evolution of the trade relationship between the two countries,” an OECD source told AFP.

Nevertheless, the projections did “incorporate” the increased uncertainty generated by the trade tensions, the source said.

As both Washington and Beijing slap trade tariffs on more and more of each other’s goods, President Donald Trump has barred US companies from engaging in telecommunications trade with foreign companies said to threaten American national security.

US internet giant Google, whose Android mobile operating system powers most of the world’s smartphones, then announced that it was beginning to cut ties with China’s Huawei, which Washington considers a national security threat.

While the OECD pared back its global growth forecast for the current year, it predicted a pick-up in activity to 3.4pc next year.

It notched up its forecast for US growth this year by 0.2 percentage point to 2.8 percent, but predicted a slowdown to 2.3pc next year.

Chinese growth was projected to slow to 6.2pc this year and 6.0pc next year.

The outlook for the euro area growth was unchanged at 1.2pc this year.