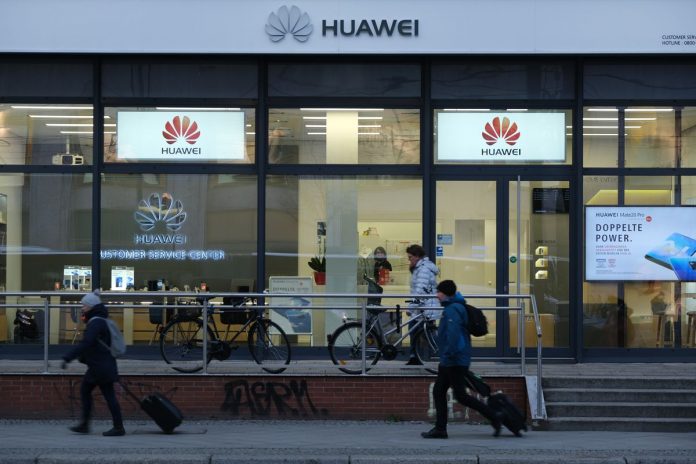 SHANGHAI: Washington’s blacklisting of technology giant Huawei has taken a toll on US semiconductor shares, but China-listed firms have rallied as investors bet they can gain from Beijing’s stepped-up efforts to build a homegrown supply chain.

Share price gains of little-known firms such as Shenzhen Fastprint Circuit Tech and Jiangsu Changjiang Electronics Technology could be fleeting, analysts say, but Huawei’s troubles could accelerate a long-term campaign in China to replace imported technologies.

Rapidly escalating Sino-US trade tensions have also raised the stakes for Shanghai’s Nasdaq-style technology board, which will be launched as soon as next month. The board is largely seen as part of President Xi Jinping’s efforts to counter US curbs on Chinese technology advancements.

US President Donald Trump put Huawei on the US “Entity List” last Wednesday, effectively banning US companies from doing business with the Chinese firm, triggering sharp falls in US suppliers including Qualcomm Inc and Broadcom Inc.

But China’s semiconductor sector has gained nearly 5pc so far this week, bolstered by a burst of patriotic buying. The sector has far outperformed the broad index, which is down 1.7pc.

Despite the rally, analysts say China still lags behind in the core technologies required for a self-reliant domestic semiconductor industry, and the market reaction reflects short-term investor optimism toward a complicated, long-term problem.

“Logically, it makes sense to bet on domestic substitution, but we don’t see any change in fundamentals yet,” said Reagan Li, fund manager at Shanghai V-Invest Co Ltd.

The US ban on Huawei has roiled the global supply chain, “potentially creating opportunities for China to re-establish industry order, but what matters is whether the companies have the ability to capitalize on it”.

But such investor optimism is badly needed for China’s semiconductor industry, under threat from the US-China trade and which needs support from capital markets for funding.

“Companies like us have been relying on US equipment and technologies,” Song Weicong, chairman of Shanghai Betone Semiconductor, told a financial conference last week.

Many of China-listed companies in the sector make relatively simple components.

According to a report from Everbright Securities, Chaozhou Three Circle (Group) Co Ltd and Will Semiconductor Co Ltd Shanghai, two companies whose share prices jumped, produce technology that could only “partially replace” that of US suppliers.

The report adds that US companies that manufacture critical products and software would be “basically hard to replace with Chinese-made” components.

Shanghai’s Technology Innovation board will go some way to helping companies tap China’s massive capital markets to fund expensive research for proprietary technologies. More than 100 tech start-ups, including chipmakers and robotic companies, have applied to list on the board, aiming to raise over $14 billion.