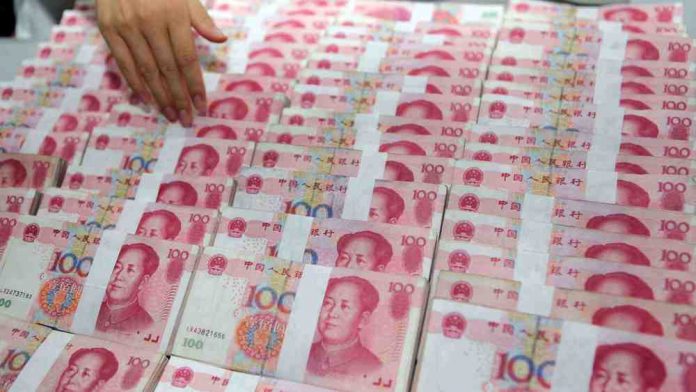 BEIJING: China warned the United States on Wednesday not to “politicise” the exchange rate of its currency amid a festering trade war between the two economic giants.

The US Treasury declined to label China a currency manipulator in its latest semi-annual report but also called on Beijing to prevent the yuan from weakening.

“We have always said here that we hope the US side will respect objective facts, market rules and not politicise the exchange rate issue,” said foreign ministry spokesman Lu Kang.

While the Treasury report said “direct intervention by the People’s Bank of China in the last year has been limited,” the department also released a statement urging “China to take the necessary steps to avoid a persistently weak currency.”

The report’s conclusion “is in line with basic common sense”, Lu told reporters during a regular news briefing.

“We have repeatedly advised the US side to act in accordance with the relevant multilateral international rules and not to unilaterally assess other countries’ exchange rates,” he said.

Despite ratcheting trade tensions and punitive tariffs on half of its exports to the US, Chinese officials have repeatedly said they will not resort to competitive devaluation of the yuan to help Chinese exporters.