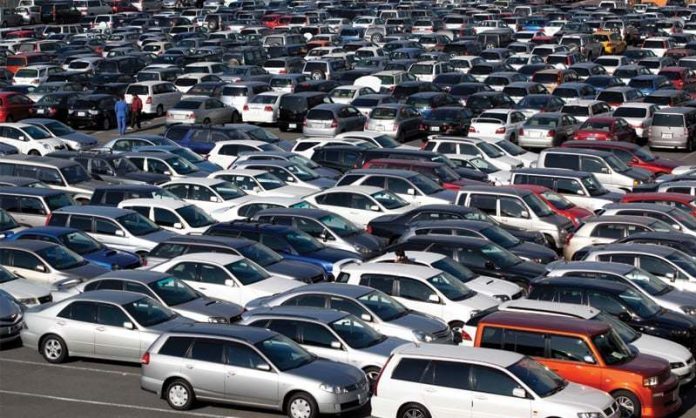 ISLAMABAD: As the government was mulling to withdraw stiff conditions imposed on the import of used cars a few months ago, Engineering Development Board (EDB) has opposed the proposed relaxations in the conditions, saying that it will undermine the expected investment plan of $3.2 billion in the auto sector.

According to available documents, the EDB, an apex government body under Ministry of Industries & Production entrusted to strengthen the engineering base in Pakistan, has requested the government to reject the proposals of used car importers, “as it is against the spirit of national auto policy”.

Since the government has started reconsidering the restrictions on the import of old cars to support the revenue generation target of over Rs5,000 billion for the next fiscal year, the local car manufacturers/assemblers have been raising their voices against the plan, saying that such imports would further damage the local industry and their sale.

A media campaign was also started by the local assemblers to convince the government to keep the restrictions on used car imports intact.

As per the used car importers, the import of used cars remained completely stagnant ever since the government imposed restrictions on the basis of proposals submitted by the ministries of commerce and industry.

Although the move was opposed by the Federal Board of Revenue (FBR), as it faced a revenue shortage of around Rs100 billion from the imports, it was welcomed by the local car assemblers.

It is pertinent to mention that EDB officials earlier this month held a meeting with the representatives of the Car Dealer Federation to analyse the impact of used car imports. It was unanimously observed that the dealers were interested in the commercial import of used/old cars.

According to documents, the Auto Development Policy (ADP) 2016-21 has attracted an investment of more than $ 1.3 billion so far from foreign investors, who are at various stages of setting up their projects.

Under the ADP 2016-21, 15 new investors have been granted Greenfield status while under the Brownfield category, two closed down units have been revived. The existing OEMs are enhancing their capacities; three new entrants have started production while other new entrants are expected to complete their manufacturing facilities soon.