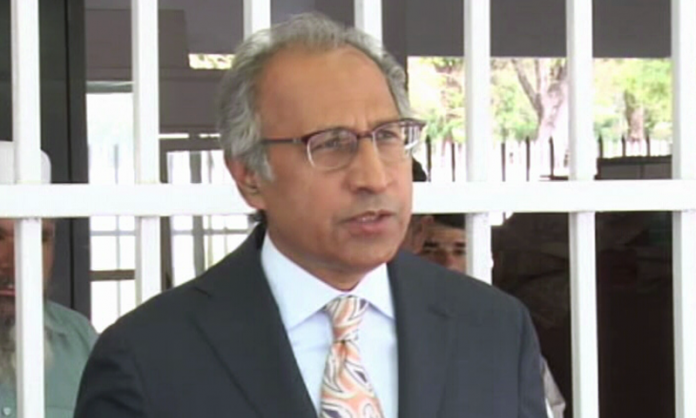 Advisor to Prime Minister on Finance, Revenue and Economic Affairs Dr Abdul Hafeez Shaikh said on Saturday the Pakistan Tehreek-e-Insaf (PTI) government’s top priority is to give relief to the common man in the upcoming fiscal year’s budget.

Speaking to a delegation of businessmen, he said tough decisions are being made by the government to steer the country out of the prevalent economic distress.

Punjab Governor Chaudhry Muhammad Sarwar and Minister of State for Revenue and Textile Hammad Azhar were also present on the occasion.

Dr Shiakh said that the country is expected to get $2-3 billion in loans from the World Bank and Asian Development Bank at low interest rates following the staff-level agreement with the International Monetary Fund for a $6 billion package.

“The government is bringing a long-term policy for economic stability,” he maintained, adding that the country is heading towards economic prosperity. He said when the PTI took charge of the government, the country’s economic situation was in shambles.

Speaking on the occasion, the Punjab governor said the promises made to the business community would be fulfilled, adding the government and businessmen are on the same for the country’s progress.

“This is the first government which is working on a long-term economic policy instead of a short-term one,” he added.

Hammaz Azhar said 57 per cent of the total tax revenue generated by the federal government goes to the provinces. He stressed the need for widening the tax net so as to deal with the economic challenges faced by the country.