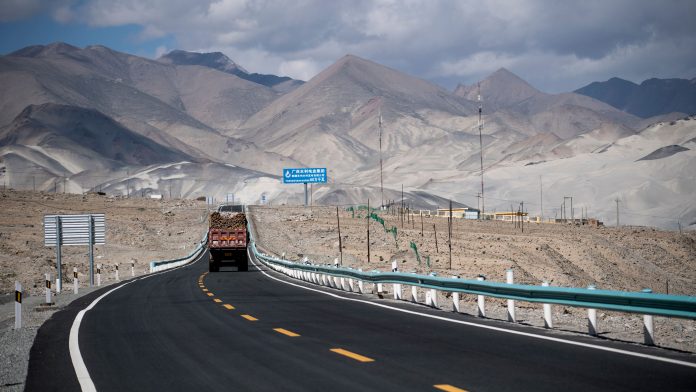 According to China Economic Net’s report, as the trade war between China and the United States escalates, US Secretary of State Pompeo has been busy fanning the flames among its allies, pressuring and intimidating, and even rushing to the North Pole to spread rumours and fear.

At a recent meeting of the Arctic Council, he accused China and Russia of being “aggressive” in the Arctic region, saying that China’s rise would plunge the Arctic countries into a “debt and corruption crisis” and that some countries were forced to accept “poor infrastructure”.

With the continuous progress of the China-proposed Belt and Road Initiative, the slander about China’s debt and the fallacy about China’s fund are endless. It is fallacy because the same behaviour and the money of western countries are called sweet “pies”, but what China provides could become a dark “trap”! That simply makes no sense. The root cause for that lies in prejudice.

As is known to all, infrastructure construction is an important way to solve the current development bottleneck in many countries.

Building high-quality, sustainable, risk-resistant, affordable and inclusive infrastructure is a key and core part in connecting facilities along the China-proposed Belt and Road.

It is not just developing countries that need to improve their infrastructure construction. According to the American Society of Civil Engineers (ASCE), 28pc of major urban roads in the United States are sub-optimal or inferior, and by 2025, roads, highways, bridges, water systems, schools and transport systems will cost a total of $4.59 trillion to renovate and build.

The sustainability of debt is not only related to the achievements of projects, but also to the prospect of building an open and inclusive world economy. In the process of pushing forward the Belt and Road Initiative, China has continuously paid attention to the issue of debt sustainability.

During the second Belt and Road Forum for International Cooperation (BRF), China officially published the Debt Sustainability Framework, which focuses on the debt management capabilities of participating countries, and the investment and financing decisions of financial institutions.

However, these efforts are in vain in the eyes of the US government officials represented by Pompeo.

According to data from US consultancy Rhodium Group, China has renegotiated up to $50 billion in loans to debtor countries over the past decade, with most countries receiving debt relief or extension.

By contrast, the international financial institutions dominated by the West are less moderate. They would demand fiscal austerity, structural reform and capital liberalization.

Pakistan Economic Affairs Division Secretary Noor Ahmed said Chinese loan accounts for a mere 10 to 11pc of the total amount, the remaining 89 to 90pc is from various sources including the International Monetary Fund, Paris Club, and other western organizations. China-Pakistan Economic Corridor projects have provided 75,000 direct jobs for Pakistan.

“By 2030, job opportunities are expected to increase by 700,000. Who is setting the trap? The fact remains self-evident,” the report concluded.