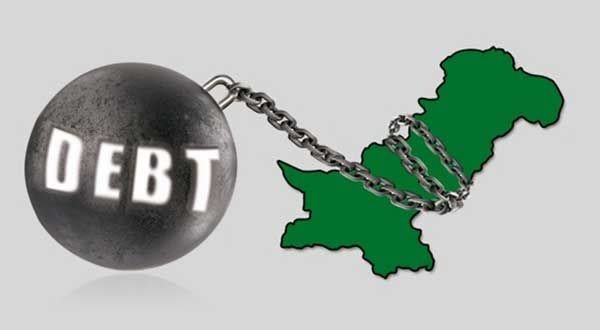 ISLAMABAD: As the government has been criticising the previous regimes for taking loans worth trillions of rupees, it has been learnt that at least Rs3.65 trillion was added in the public debt during its first nine months of the current fiscal year.

According to the Economic Survey 2018-19, the total public debt stood at Rs28.6 trillion by the end of March 2019, recording an increase of Rs3.65 trillion in nine months.

The government claims that the main reason behind the increase in public debt was the devaluation of Pakistani currency against the US dollar.

“The cumulative increase in debt stock cannot be entirely attributed to government borrowing. External loans are contracted in various currencies; however, disbursements are effectively converted into Pak Rupee. Thus, devaluation of Pak Rupee against international currencies can increase the value of external public debt portfolio when converted into Pak Rupee for reporting purposes,” the government maintained, adding this is evident from the fact that increase in external public debt contributed Rs1,900 billion to the public debt during first nine months of ongoing fiscal year while government borrowing for financing of fiscal deficit from external sources was Rs524 billion during the said period.

It is worth noting that depreciation of Pak Rupee increases the rupee value of external public debt, however, any such negative impact is spread over many years depending on the life of any given loan and immediate cash flow impact is not significant.

The domestic debt registered an increase of Rs1,754 billion while government borrowing for the financing of fiscal deficit from domestic sources was Rs1,398 billion. This differential is mainly attributed to an increase in credit balances of the government with the banking system.

Pakistan’s public debt dynamics witnessed various developments during the ongoing fiscal year, some of them are: Government introduced Pakistan Banao Certificates (PBC), a US Dollar denominated retail level instrument for Pakistanis having bank accounts overseas. PBC is the first sovereign retail instrument being offered by the government that allows overseas Pakistanis to contribute to their country’s development while providing an attractive investment opportunity.

Borrowing from commercial sources have relatively increased during the last few years, however, the external public debt still largely comprises multilateral and bilateral sources which cumulatively constituted 78pc of external public debt portfolio by the end of March 2019. These multilateral and bilateral loans are contracted at concessional terms.

The upper range for the risk indicator “Domestic Debt Maturing within a Year” was 65pc while this indicator at end June 2018 was recorded at 66.3pc. The banks opted to tilt their portfolio towards short term market treasury bills as expectation of a further rise in policy rate discouraged them to invest in long-term debt instruments, largely to manage market risk.

External public debt increased by around $3.9 billion during the first nine months of the current fiscal year as compared to the increase of $6.7 billion witnessed during the same period last year.

Over the medium term, the government’s objective is to bring and maintain its Public Debt-to-GDP and Debt Service-to-Revenue ratios to sustainable levels through a combination of greater revenue mobilization, rationalization of current expenditure and efficient and productive utilization of debt.