‘Registration of Rs40,000 prize bonds to be announced soon’ 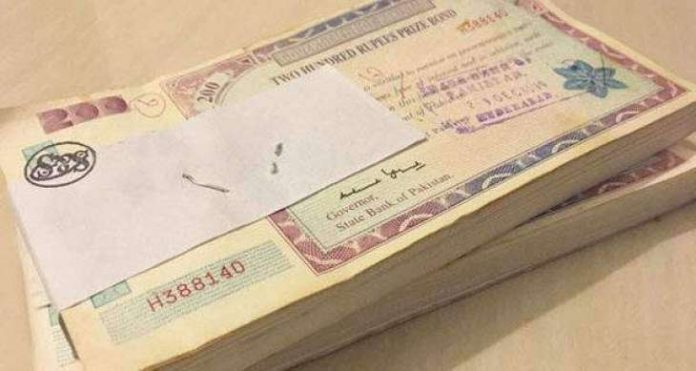 The Federal Board of Revenue (FBR) on Wednesday announced that the authorities have decided registration of Rs40,000 prize bonds and a circular to this effect will be issued by the State Bank of Pakistan within two days.

According to a private media outlet, the FBR also said that around 5,000 people have filed applications for the Assets Declaration Scheme.

The FBR, in a statement, said that the number of applicants for the scheme is increasing with time.

“The registration of prize bonds will help further increase the number of people applying for the amnesty scheme,” it added.

The taxation authority said that it has also collected the data of the people who had purchased expensive and luxury vehicles, adding that the banks will also provide all their data to the FBR by June 15.

According to FBR, citizens could avail their economic data from the National Database Registration Authority (NADRA) by paying a fee of Rs500.

Earlier, the FBR refuted the reports appearing in some sections of press that the new finance bill has allowed the non-filers to purchase immovable property or cars.

In a clarification, the taxation authority said the actual position is that the whole system of recognizing a non-filer as a legal entity has been done away with in the new finance bill.

May 15, 2021
Pakistan's economic growth rate is expected to be three percent this fiscal year, State Bank of Pakistan (SBP) Governor Dr Reza Baqir said. In an...