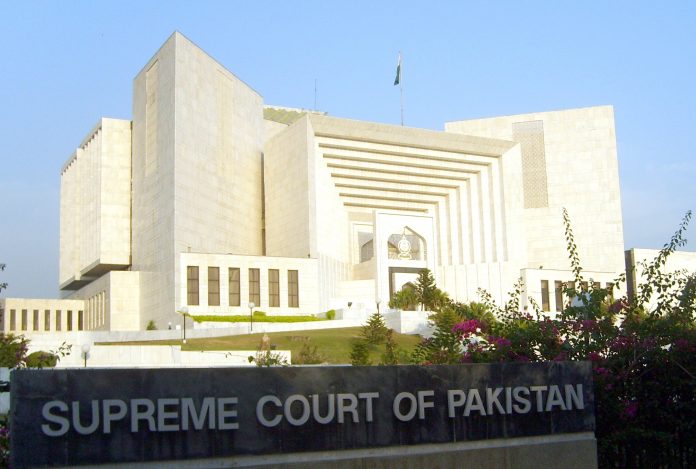 ‘If the commitment made with the court is not upheld, there will be dire consequences’

ISLAMABAD: The Supreme Court has ordered the sugar mill owners to pay all existing dues to the sugarcane growers by Friday. A three-member bench headed by Justice Azmat Saeed issued the order on Wednesday.

The court further said that if the cheques are not submitted by Friday, the advocate general’s office should file an application on the matter in court.

“If the commitment made with the court is not upheld, there will be dire consequences. It will not be good if the cheques bounce or do not arrive by Friday,” Justice Azmat Saeed warned.

A lawyer representing Darya Khan Sugar Mills had informed the court that his client has gone to perform Umrah. At that, Justice Sheikh Azmat Saeed observed that whosoever is summoned by the court goes for Umrah.

“Next time non-bailable warrants will be issued for anyone who does not appear before the court,” he remarked.

The court had also directed the Punjab advocate general to personally look into the case, besides directing the counsels for the sugar mills to submit affidavits on the next hearing.

In January, sugarcane growers had expressed concern over the government’s failure to implement the Supreme Court’s order regarding payment of the sugarcane price to the farmers.

The apex court had fixed the rate of Rs180 per 40kg for mills across the country after farmers said that the millers were looting farmers at free will as prices set by the court four years ago have yet to be implemented.