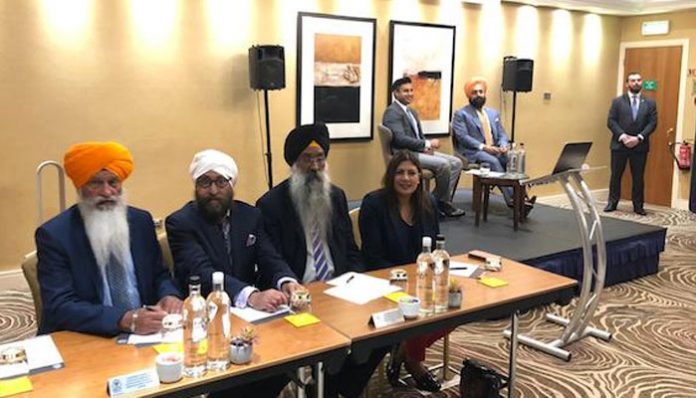 Sikh businessmen and gurdwara’s around the world will invest 500 million pounds to develop religious tourism, with a special focus on Sikh places, in Pakistan, said Peter Virdee, chairman of The Virdee Foundation, UK.

The Sikh business made the commitment during a meeting with Sayed Zulfiqar Bukhari, the chairman of the Pakistan Tourism Board and Special Assistant to the PM at The Rembrandt Hotel in London on 10 June 2019.

Bukhari discussed religious tourism projects in Pakistan with the representatives of the Sikh community.

Peter Virdee said the Peter Virdee Foundation and other business people he had discussed the project with were prepared to inject a massive £500 million into Pakistan.

The two sides brought under discussion the historic laying of foundation stones for the Kartarpur Sahib Corridor on either side of the border in November 2018.

The meeting was facilitated by the Central Gurdwara (Khalsa Jatha) London. Bukhari made announcements on the occasion.

The Sikhs representatives congratulated the Pakistan government for taking a stand regarding the establishment of the Kartarpur Sahib Corridor. They also lauded the PTI government over measures being taken for the 550th Gurpurab of Guru Nanak Ji.

Bukhari announced to release visas for religious reasons, including the possibility of visas online and visas on arrival. He also assured the Sikh community that tourism desks will be set up in the Pakistani embassies with dedicated staff to facilitate visas for Sikh yatrees intending to visit Pakistan later this year.

High standard free buses will be provided to connect all the main Gurdwaras in Pakistan, he said.