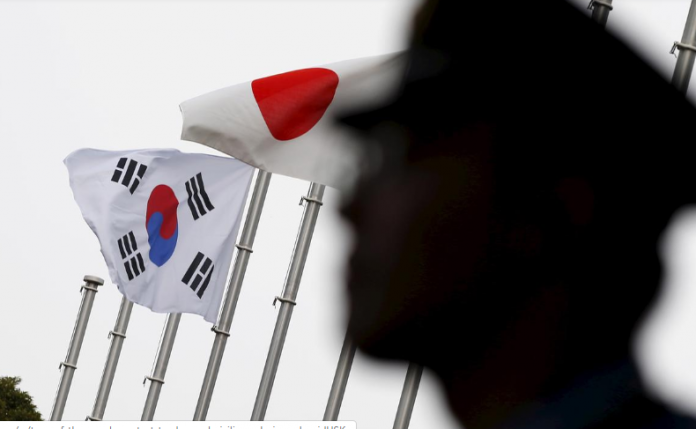 TOKYO: Japan plans to tighten restrictions on the export of high-tech material used in smartphones and chips to South Korea from July 4 in connection with a dispute over a South Korean ruling on war-time forced labor, the Sankei newspaper reported on Sunday.

Japan maintains that the issue of forced labor was fully settled in 1965 when the two countries restored diplomatic ties, and has denounced the ruling as “unthinkable.”

The materials to be restricted are fluorinated polyimide which is used in smartphone displays, and resist and high-purity hydrogen fluoride (HF), which is used as an etching gas in the making of semiconductors, the paper said.

Resist is a thin layer used to transfer a circuit pattern to the semiconductor substrate. High-purity HF is used in etching silicon materials.

Japan will stop preferential treatment for these three materials for South Korea, meaning Japanese exporters will need to apply for export permission for each time they want to ship to South Korea, which takes about 90 days, the paper said.

A government announcement on the restriction is expected on Monday, it said.

Japan produces about 90 per cent of fluorinated polyimide and resist worldwide as well as about 70 per cent of etching gas, making it difficult for chipmakers to find alternative supplies, the paper said, pointing to potential impact on South Korea’s Samsung Electronics and LG Electronics.

Japan’s industry ministry and finance ministry were not available for comment on Sunday.

In January, Japan demanded talks with South Korea over the forced labor issue but South Korea has not responded, the newspaper said.