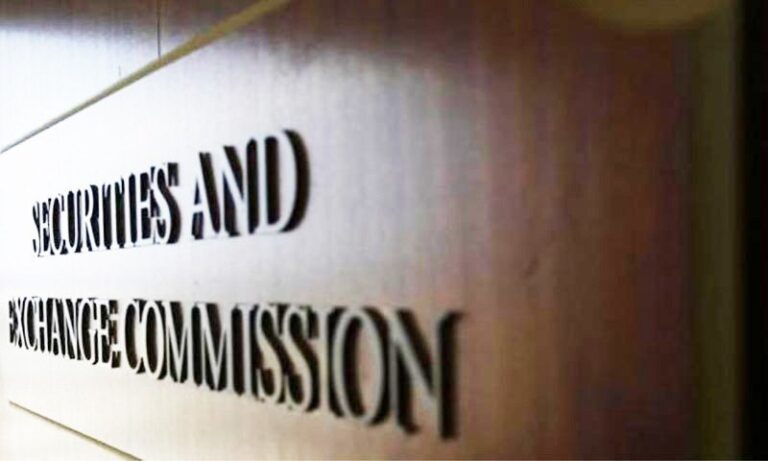 ISLAMABAD: The Securities and Exchange Commission of Pakistan (SECP) has strongly refuted media reports that the commission was taking action against companies “to recover gold and other valuable properties”.

“No crackdown of any sort is being planned or is under consideration,” the SECP clarified in a statement issued on Tuesday. “Being the apex regulator of the corporate sector, the SECP is taking all necessary steps to ensure beneficial regulation and growth of the capital market and corporate sector in Pakistan.”

The commission further clarified that SECP does not regulate or enforce Income Tax Ordinance, 2001, or Benami Transactions (Prohibition) Act, 2017.

“SECP powers are restricted to offences provided in the SECP Act, 1997, and other administered legislation as provided in its Schedule,” the statement reads. “The recently notified rules, i.e. the SECP (Search and Seizure) Rules, 2019, are a requirement of law under section 31 of the SECP Act, 1997, which lays down strict procedures for use of powers by the SECP’s investigation officers. It is reiterated that these powers are restricted to investigations ordered by the commission under the SECP-administered legislation.”

As wrongly reported in a section of the media, no new powers have been bequeathed to the SECP, the commission stated. “It is clarified that the powers of search and seizure and forced entry have been part and parcel of the SECP Act, 1997, since the establishment of the commission.”

As per the statement, that recently notified rules are aimed at helping the commission to curb any potential misuse of authority by the investigation officers.

The rules, inter alia, require investigation officers to first seek authorization, in writing, from the commission, comprising of five commissioners for the purpose of search and seizure. Further, in certain circumstances, the order from the relevant magistrate is also required.