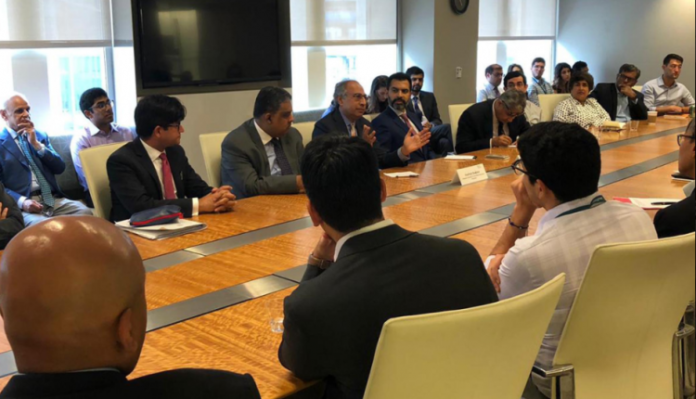 They spoke at length with the members of the World Bank-IMF Pakistan Staff Association and heard their suggestions for reforming the economy.

The top Pakistani finance officials also spoke at an event titled “Pakistan: This Time it’s Different” hosted by Centre for Global Development President Masood Ahmed. The event was attended by a cross section of individuals from the think-tanks, government, academia and Pakistani diaspora.

It is pertinent to mention that IMF Acting Director David Lipton, in his recent meeting with Prime Minister Imran Khan on Sunday, said Pakistan needs to mobilise domestic tax revenue to ensure funds for social and development programmes while reducing debt.

The two officials discussed recent economic developments and implementation of Pakistan’s IMF’s-supported economic reforms, which are aimed at stabilising the economy, strengthening institutions and paving the way for sustainable and balanced growth, David Lipton had said in a statement.