Is Bitcoin creator a Pakistani? 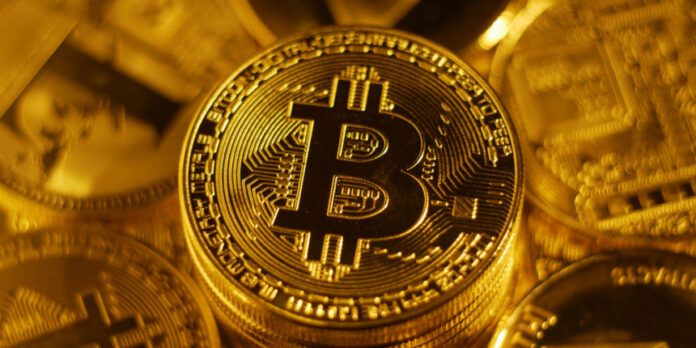 A British-Pakistani entrepreneur named Bilal Khalid, now known as James Caan, has recently claimed that he was in fact Satoshi Nakamoto, the man behind the world-famous ‘Bitcoin’ cryptocurrency. However, despite his three-part series ‘My Reveal’, Bitcoin pioneers and developers remain sceptical of his tale.

It may be noted that Satoshi Nakamoto is the name used by a pseudonymous person or persons who developed Bitcoin, authored the Bitcoin white paper, and created and deployed Bitcoin’s original reference implementation.

In the first instalment of his startling three-part epiphany, Satoshi Nakamoto (Bilal Khalid) disclosed previously unknown facts about his creation of Bitcoin. He also revealed the developments that led to his departure and why he’s returning to Bitcoin after a decade of total anonymity.

As per Ivy McLemore & Associates, Nakamoto (Khalid) said, “Most people think my development of Bitcoin was just a fluke or something that was designed and happened overnight, but looking back I realise that this is not the case. Bitcoin was created through circumstantial requirements, but its current exposure cannot be attributed to design.”

He said from creation to current maturity, Bitcoin’s trajectory has led him to hide and from my familial judgments, as he could not be attributed to something that at one point in its history had been declared illegal by some governments.

“At its conception, Bitcoin was worth mere cents. Later, when its usage was hijacked for illicit means, I made decisions and set off a chain of events to create distance between my creation and myself.

“Today, when Bitcoin is understood by the advances of technology, but at the same time is being hijacked by greed, I feel I have a duty to work hard and make my creation better and take its vision to the next level,” he told Ivy McLemore & Associates.

Nakamoto continued, “It all began in my childhood when I heard stories from my father about Agha Hasan Abedi, who founded United Bank Limited (UBL) in 1959. My father was a banker himself who worked at UBL for 27 years. He told me about how Abedi changed the banking industry forever. When Pakistan nationalised banking in 1972, Abedi founded the Bank of Credit and Commerce International (BCCI). At one time, BCCI was the world’s seventh-largest bank.

“More than 1 million investors were affected when the Bank of England closed down BCCI in 1991 because of money laundering, bribery, smuggling and related scandals. I learnt how unfair BCCI’s demise had actually been and that its ending had been in the hands of brutal and dirty corporate world policies and general underhanded politics. Later in life, I realised there were some individuals within BCCI whose malfunctioned practices brought the whole bank down.”

“Whilst growing up, I became interested in cryptography, computational/quantum finance, and numerology. These later played a big part in the creation of Bitcoin. For my computer science master’s dissertation in 1999-2000 at a university I will identify later in ‘My Reveal’, I submitted a draft paper where I had researched DigiCash Inc., an electronic money corporation.

“David Chaum, whose vision then seemed to have been ahead of its time, had founded DigiCash in 1989. DigiCash transactions were unique in that they were anonymous due to a number of cryptographic protocols. Although DigiCash had already declared bankruptcy in 1998 whilst I was still completing my master’s, the birth of Bitcoin through my research had already been seeded in my mind.

“Upon submission of my thesis, my university felt that the contents were too advanced for marking and I resubmitted a paper instead about a simple web portal as a dissertation project!”

Necessity is the Mother of Invention

“The final push for Bitcoin to be created came about not only from my own personal banking experiences and my need to redeem BCCI after its unfair demise, but also from the Great Recession of 2008.

On a personal level, when I visited the UK in 2005, no bank would open its doors for me to give me access to a bank account because I didn’t have a permanent UK address. Without a bank account, I had no access to online facilities, and I didn’t know how to overcome this obstacle.

I didn’t like the way banks controlled and utilised other people’s money and I wanted to at least try to change this. I felt like a failure and was humiliated by the banks so I made it my mission to invent something that would enable a common layperson to access money without involving the big banks.

I wanted to empower the poor person, empower the little man, and create something that was accessible as the people’s money – the people’s bank with no boundaries, no nationalities, and no discrimination – where nothing was controlled by the government and where no one dictated and destroyed people for the sake of misplaced politics.

Even a poor kid with limited education could potentially reap the benefits from Bitcoin whilst sitting in China, India or Africa. I was driven to create something that would change finance and the banking world forever and would give people the power, taking away the central banks’ control.

How Bitcoin Got its Name

“The origins of the word Bitcoin were derived not just from the IT terminology of ‘bit’, but because I was obsessed with bringing back the BCCI name to its glory days. While structuring the ‘unnamed’ decentralized digital currency, I was looking at the name “Bank of Credit and Commerce International” and the light-bulb moment came where letters were calling me to pick the name. The letters were Bank of CredIT and Commerce INternational.

“I was determined to bring back the BCCI name, anyway. But initially I realised this had to be in an encrypted way, as I knew BCCI, as a name, was tarnished.

“I had intentions to create a New Age digital bank and to create a system having open-source access, but I had intention to make it more useful and more polished at a later time. For this reason, I registered the domain ‘bitcoin.org’ on the 18th of August 2008 through Anonymous Speech, which did not require the registrant to identify him or herself.

In Search of a New Identity

“At the time I created my alias Satoshi Nakamoto, I was paranoid of my real name as I thought it was synonymous with bad luck. I felt that anything I did with my original name didn’t go well. Every event with my old name was unlucky. I felt everything I initiated eventually burnt to the ground. For example, the university I enrolled in to complete my master’s ended up having government accreditation issues. Whether pursuing higher studies or my personal relationships failing, I attributed all of this to my unlucky name.

“I felt more fortunate with my nickname at home, which was Shaikho. It was derived from Mughal Emperor Jahangir’s nickname Shekhu that was given to him by his mother, wife of Akbar the Great. In 1607, Jahangir founded what is now the city of Shekhupura in the Pakistani province of Punjab. Different spellings of the same name occur when variations are created in translations among languages.

“Once I had decided to work on a project to create digital currency, I wanted to create it through an alias as I needed the online community to help me. I also thought the only way for it to be successful would be if I changed my name and chose a blessed number in numerology. Using numerology also would allow me to stay faithful to BCCI, but without there being an open reference to a company that was held in low esteem by the rest of the world.

“This meant I had to be very careful about the alias I was going to choose. I wanted to select a name which was unusual and intelligent, but which at the same time could be traced back as having roots leading to myself.”

The Power of Numbers

“It has been said that numbers are bits of information that carry an intrinsic energetic quality and that by studying numerology, you can gain a better understanding of the deeper meaning and purpose underlying our experience.”

In his latest post, Khalid aka Mr Caan claims that he owns some 980,000 bitcoins which is worth around $19 billion, at today’s valuation, approximately the same amount Pakistan owes to China under its external debt and liabilities (EDL). However, he claims that he lost all these bitcoins while getting his computer repaired.

While some are excited, especially Pakistani’s over the reveal, most of the world’s bitcoin community has taken it as yet another take on banking on Satoshi Nakamoto’s fame. They argue that his tale has serious lags and does not reveal much about the development of BitCoin, to begin with. However, many await the final instalment of the 3 part series to make the final decision.