PR retrieves 383 acres of land in one year 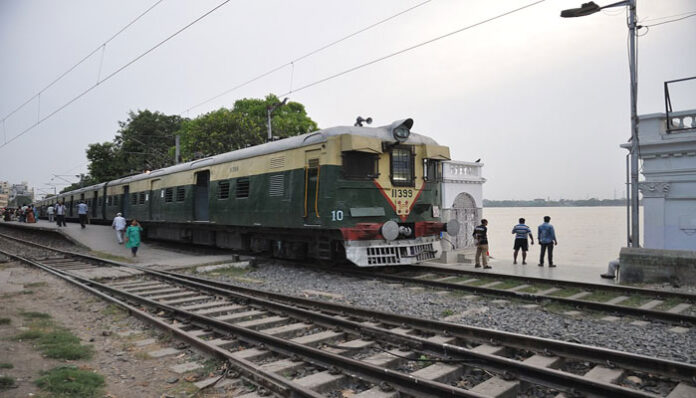 ISLAMABAD: Pakistan Railways has retrieved around 383 acres of land worth Rs30 billion through various anti-encroachment operations during the last fiscal year (FY19).

PR recovered 38km of the 43km-long Karachi Circular Railway (KCR) land from the encroachers, said a document issued by the Ministry of Railways.

As per the document, more than one million customers are availing free live tracking through their smartphones.

“Pakistan Railways had added 24 new passenger trains in its operations, all refurbished locally at Railway installations in Lahore and Islamabad. These trains attracted around 8 million new passengers and grabbing additional revenue.

“The department increased its freight volume from 4pc to 7pc by introducing special container goods trains,” the document read.

Regarding the Main Line-I (ML-I) project under the China Pakistan Economic Corridor, Pakistan Railways signed a declaration with China for the uplift of 1,872km-long track between Karachi and Peshawar.

Diesel fuel of 3.5 million litres was saved during the year under review despite the commencement of 24 new trains. The savings could have increased to 7 million litres if new trains had not been introduced.

In addition to ML-1 (Karachi-Peshawar), tenders had also been floated for up-gradation of ML-2 (Attock-Jacoabad-Kotri), ML-3 (Rohri-Jacobabad-Quetta-Taftan) and ML-4 (Gwadar).

During the past year, Pakistan Railways had introduced a live tracking system, provided free Wi-Fi facilities at major stations and initiated the establishment of a state-of-the-art command and control centre at the Lahore headquarters.

PR also introduced a ‘free ticket facility’ on four trips per year to passengers aged 75 years or more, while a discount of 50pc was offered on tickets for passengers aged 65 years.

The e-ticketing system was modernised by incorporating mobile phone apps and e-payments. Renovation and up-gradation of Lahore, Hasan Abdal and Nankana Sahib Railway Stations also started during the period under review.