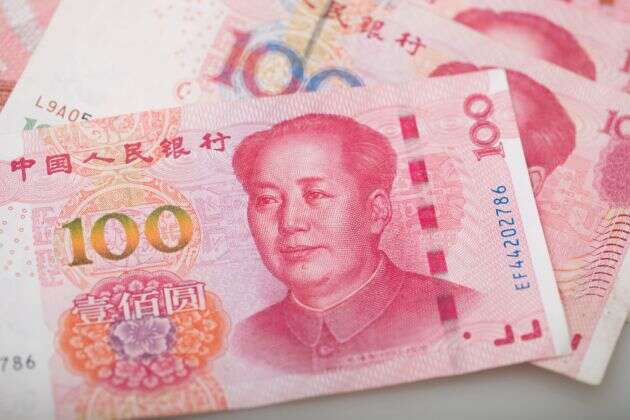 TOKYO: China’s yuan hit an 11-year low in onshore trade and tumbled to a record low in offshore trade after a sharp re-escalation in the U.S.-China trade war whacked investor confidence and darkened the global economic outlook.

The yen, often bought as a safe haven, briefly rose to the highest against the dollar since a January flash crash. But those gains were erased as Japanese importers sold yen, which remained firmer against other currencies, a sign of waning risk appetite.

“China’s economy is slowing, so the yuan will only fall further unless authorities take steps to stop it,” said Takuya Kanda, general manager of the research department at Gaitame.com Research Institute in Tokyo.

“Some dollar buying from Japanese importers pulled dollar/yen off its lows, but excluding such real demand there’s no reason to buy the dollar. The yen will continue to rise.”

The Turkish lira weakened around 1% to more than 5.8 against the dollar on Monday after briefly plunging to 6.47 in what market watchers described as a “flash crash” as Japanese investors cut risk assets.

At the G7 meeting in France over the weekend, Trump caused some confusion by indicating he may have had second thoughts on the tariffs.

The White House on Sunday clarified these comments, saying Trump wished he had raised tariffs on Chinese goods even higher last week, even as he signalled he did not plan to follow through with his demand that U.S. close Chinese operations.

Earlier this month, the yield curve inverted for the first time in more than a decade when long-term yields traded below short-term yields, which is commonly considered a signal of an economic recession. Investors will watch to see if this section of the curve inverts again.

The yen surged early in Asian trading to 104.46 per dollar, the highest since January, before moving back to trade unchanged on the day at 105.35.

“The fact that the offshore yuan is down this much shows speculators have gotten a little wild. The trade war is driving all these moves, and I don’t see this ending anytime soon.”

The yen will next target 104.10 per dollar, which is the high it reached during a flash crash on Jan. 3 that roiled financial markets, Daiwa Securities’ Ishizuki said.

Against the yen, the Aussie briefly fell to 69.97 yen, the lowest since April 2009, before paring losses.