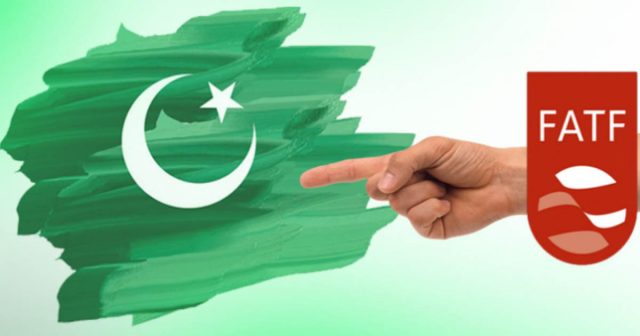 The Financial Action Task Force (FATF) has set new targets for Pakistan in which terror financing, as well as the sale of jewellery and prize bonds, would be monitored.

As reported by a private media outlet, the State Bank of Pakistan (SBP), Federal Board of Revenue (FBR), Securities and Exchange Commission of Pakistan (SECP), Federal Investigation Agency (FIA) and National Counter Terrorism Authority (NACTA) would collect relevant record in this regard from various sectors, including telecom banking.

According to sources, terrorists’ access to prize bonds and transfer of money through telecom banking has been hampered.

Earlier, Economic Affairs Division Minister Hammad Azhar said that it was unlikely Pakistan would be placed on the blacklist of the FATF.

Talking to media in Islamabad on Friday, he said that all Indian plots to blacklist Pakistan have failed terribly, adding that FATF’s Asia Pacific Group “appreciates Pakistani efforts to counter terrorism”.

On Tuesday, Prime Minister Imran Khan’s Special Assistant on Information and Broadcasting Firdous Ashiq Awan had said there is “no question” of Pakistan being downgraded from a gray to a blacklist by FATF this October for failing to curb money laundering and counter-terrorism financing.

“Our progress on different fronts to meet the FATF’s requirements is already before the world,” she had stated.

Last year, the FATF placed Pakistan on a gray list of countries with inadequate terror funding controls. In June, the watchdog said Pakistan had until October to improve its counter-terror finance operations.

If the South Asian nation does not comply with an agreed-upon action plan by then, it could be downgraded to a blacklist, and face sanctions, which would hurt the country’s economy and exports.

FATF will formally announce its decision in Paris after a plenary that starts on October 13. Before that, Pakistan’s steps to fulfil an action plan agreed in June last year will also be reviewed at a meeting in Bangkok, starting September 5.