SCO director says if PTA issues licence to operate in Balochistan, the organisation will hire 50pc workforce from the province 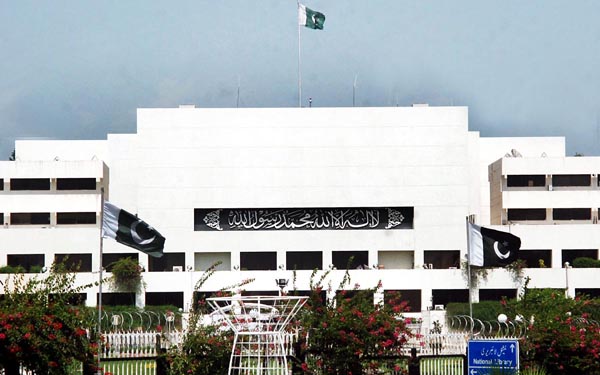 ISLAMABAD: The Senate Standing Committee on Information Technology and Telecommunication on Tuesday deliberated upon the number of people employed from Balochistan in regulatory affairs.

Committee Chairperson Senator Kalsoom Parveen, hailing from Balochistan herself, was particularly passionate about the issue. The called for improvements in the employment opportunities, job grades, awareness on government jobs etc. in the province.

“The exam papers get leaked from these institutions and there are no trustworthy means of ensuring how these exams are checked. Students from poorer areas, who cannot even afford to get their documents photocopied, are made to pay examination fees again and again because these organisations couldn’t perform their duties properly.”

She reminded the committee of the time when the exam papers for Federal Investigation Agency (FIA) got leaked.

“The papers were first leaked and then the seats were sold, and later the exams had to be retracted and taken all over again,” she said. “Thousands of people apply for these exams and even if you charge Rs700 per candidate, see where the revenue goes and still how inefficient the services are, especially for students from areas like Balochistan.”

IT & Telecommunication Federal Secretary Shoaib Ahmad Siddiqui apprised the committee over the number of seats in the IT ministry, the division on quota and direct employment, as well as the percentage of Baloch people on those seats.

As per the records shared in the session, only one official employed at higher than BPS 17 is from Balochistan.

Senator Kalsoom expressed anger and desperation upon hearing that there are no efforts being made to promote the hiring of Balochs on higher grades. “The present government agrees and is willing to work for the betterment of people from Balochistan but I am yet to see any solid effort being made,” she said.

The committee chair highlighted that it is not just the ministries but also organisations like PTA which appear to be biased in favour of the federal employees and indifferent towards the provinces.

“The relatives of anyone who dies on duty here receives Rs200-400 million while the provincial employees’ families barely get Rs2.5-3 million.”

In response to this, PTA Chairman Maj General Amir Azeem Bajwa (r) said, “Out of our total 116 seats, we need to hire 6 Baloch people while we have 8, and these are all employed above BPS 17. In total, we have 24 Baloch employees that fit the exact requirement as per law.”

Upon this, Special Communications Organisation (SCO) Director Regulatory Affairs (Headquarters) Col Ghulam Hussain Anjum said that SCO has applied with PTA for the licence to be allowed to operate in Balochistan, and if granted, SCO will make sure to hire at least half the workforce locally.

“Our general proportion is 75pc army employees and 25pc civilians, but if PTA allows us to operate in Balochistan, I am saying on record that we will make it 50pc.”

When the committee chairperson asked the PTA chairman about this, he replied, “We are working on this licence and that is all I can tell you at this moment.”