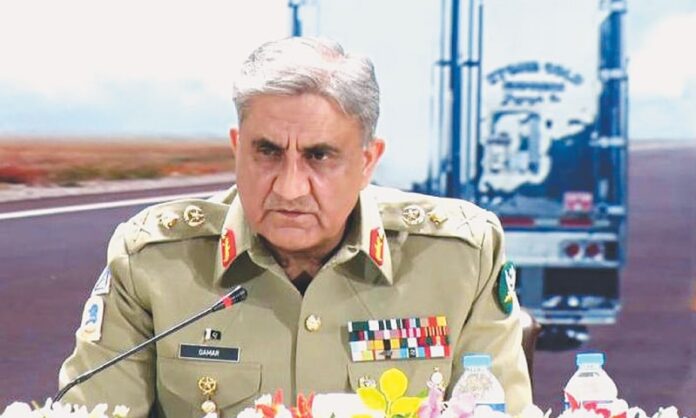 ISLAMABAD: A delegation of at least 20 businessmen, comprising heads of various private companies, called on army chief General Qamar Javed Bajwa at the General Headquarters on Wednesday to inform the top general of the economic crisis being faced by the country.

The delegation will also meet Prime Minister Imran Khan on Thursday, it was learnt.

“The meetings with the prime minister and the army chief are aimed at addressing the burning issues being faced by the business community in the country,” said a business leader, adding that uncertainty, lack of clarity in government policies, negative growth in large scale manufacturing were the key issues to be discussed.

“We are mainly concerned with the uncertainty in the economic and political situation. The interest rates, lower growth in manufacturing and investment are related to issues,” said a businessman while talking to Pakistan Today.

According to sources privy to details, the PBC members were concerned about the recent arrest of their members, like the arrest of former managing director (MD) of Pakistan States Oil (PSO) Sheikh Imranul Haq, by the National Accountability Bureau (NAB) in an inquiry into illegal award of LNG terminal-1 to Engro Energy Terminal Private Limited.

According to the sources, his cousin Razzak Dawood, who is PM’s aide on commerce, even threatened the government to resign from his posts in case his cousin was arrested in the NAB case.

The former prime minister Shahid Khaqan Abbasi, who is presently in NAB custody, is also a founding member of the PBC.

Apart from the arrest and NAB investigations, the PBC members’ meeting with the PM and army chief was a reminder to the power corridors about their commitment regarding the amendments in the NAB law.

The government had committed to amend the law within two months, making the businessmen only answerable to the Federal Board of Revenue (FBR).

The businessmen said the prevailing uncertain situation in the country was hindering the influx of foreign investment into the country.

Contrary to the expectation that the market confidence will improve after signing the loan agreement with the International Monetary Fund (IMF), the uncertainty was still there.

Apart from the major issue of market confidence, the business community and traders had also been concerned about the increasing gas and electricity prices.

It is worth mentioning here that the army chief was also included in the National Development Council (NDC), formed by Prime Minister Imran Khan’s government to accelerate economic growth and improve coordination among the provinces and the federation.

Subsequently, he had also taken the top military brass into confidence over the “difficult but extremely essential measures” taken by the Pakistan Tehreek-e-Insaf (PTI) government to bring the economy out of the woods.

During the corps commanders meeting, General Bajwa had briefed the forum about “difficult but extremely essential long-term beneficial measures” taken by the premier to breathe life into a crippling economy.

“Pakistan is on a positive trajectory of peace and development and shall carry forward the same towards enduring peace and prosperity,” the statement had quoted General Bajwa as saying.