Committee also gives a go-ahead to Rs21bn-worth Lahore Water and Wastewater Management Project, and construction of Rs17bn-worth expressway on the east bay of Gwadar Port 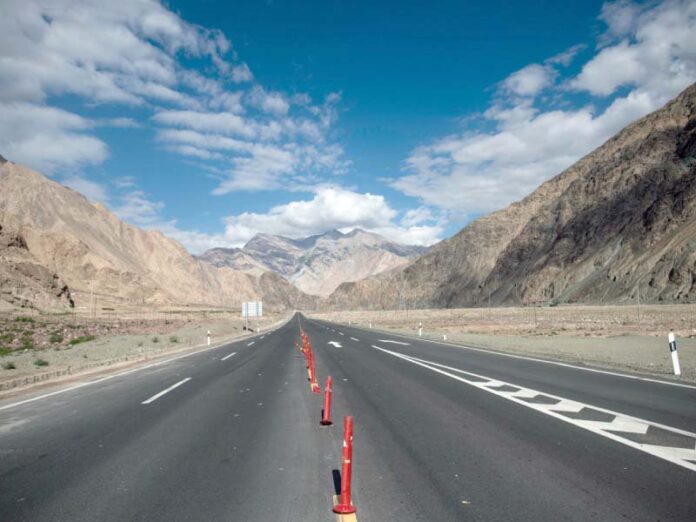 The ECNEC meeting was chaired by Adviser to Prime Minister on Finance & Revenue Dr Abdul Hafeez Shaikh on Wednesday.

The committee approved the construction of Karachi Urban Mobility Project (Yellow BRT Corridor), which would be executed by the Sindh government at a cost of Rs61.439 billion. The project, to be funded mainly by the World Bank, would cover a distance of 21kms, starting from Korangi Industrial Road and passing through KPT Interchange, FTC Interchange, Shahrah-e-Faisal, Shahrah-e-Quaideen till Kashmir Road, where it would integrate with the Red BRT Corridor.

The project would consist of 28 stations having 268 buses. Some 300,000 passengers would benefit from the corridor on a daily basis.

Meanwhile, ECNEC approved, with a proviso for the formation of a coordination committee between the federal government and the Khyber Pakhtunkhwa government for overview and fiscal discipline, the construction of Peshawar-Torkham Motorway Project as component-1 of Khyber Pass Economic Corridor (KPEC).

The total cost of the project would be Rs36.705 billion ($231.10 million) with World Bank’s share of Rs34.503 billion ($217.24 million) based on the preliminary design. The firmed-up cost of the project would be available after the receipt of bids on a Design-Build-Operate basis for which the Planning Commission would develop guidelines/standard operating procedures as well as other innovative mechanisms.

The meeting also approved component-II “Economic Development & Uplift of Areas Adjoining the Motorway” for which a framework agreement to facilitate preparation and feasibilities through World Bank had been agreed at a total cost of Rs8.357 billion. The KP government would submit PC-1 envisaged under the component-II after the feasibility and detailed design.

The ECNEC further approved a project for interlinking of 220kV Daharki, Rahim Yar Khan, Bahawalpur and Chishtian grid stations for improvement of power supply system in southern areas at an updated cost of Rs15.795 billion, including foreign exchange component of Rs9.800 billion.

The project would improve the reliability and uninterrupted power supply to HESCO and MEPCO areas, while the interlinking of RY Khan grid station to Daharki through 220kV transmission line would provide a backup link between Multan, Guddu and Shikarpur. The proposed line from RY Khan to Bahawalpur and in/out of Vehari-Chishtian 220kV single circuit transmission line would provide an additional source of supply to 220kV Bahawalpur and Chishtian grid stations.

Among other projects, the ECNEC approved construction of a four-lane 18.98km long (with embankment for 6 lanes) Expressway on East Bay of Gwadar Port at a cost of Rs17.369 billion with foreign exchange component of Rs16.435 billion to link Gwadar Port with the Makran Coastal Highway as well as with Gwadar Free Zone and future container terminals. The project would also have one interchange and four bridges, four pedestrian overhead bridges along with cross-drainage structures and allied works.

ECNEC also accorded approval to “Dasu Hydropower Project (Stage-1); Revision of Cost for Land Acquisition and Built-up Property” at a total cost of Rs510.980 billion, including Rs36.914 billion for land cost. The committee directed the Planning Division to issue authorisation of the revised cost of land acquisition and built-up property of Dasu Hydropower Project (Stage-1) as recommended by CDWP and subsequently by ECNEC.

The ECNEC approved “Lahore Water and Wastewater Management Project-Construction of Surface Water Treatment Plant at BRDB Canal” at a cost of Rs21.045 billion with foreign exchange component of Rs19.684 billion to provide an adequate quantity of safe drinking water to the target areas of Shadipura, Baghbanpura, Fatehgarh and Mustafabad through a unified water supply network.

In similar decisions, the ECNEC also granted ex-post facto approval to the development of Phase-1 of Kartarpur Sahib Corridor on EPE/Turnkey mode as well as a proposal by the Planning Commission for simplification of development funds’ release process, including the release of project-wise funds (Rupee component) allocated in PSDP to the ongoing approved projects of ministries/divisions during the first week of each quarter as per criteria of the Finance Division (20pc in 1st & 2nd quarters and 30pc in 3rd and 4th quarters).