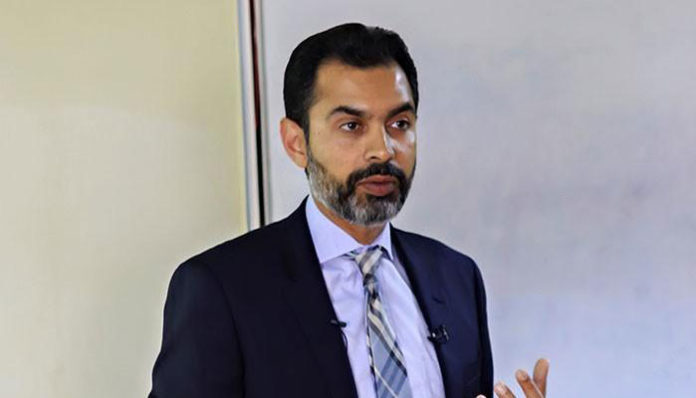 KARACHI: The reforms undertaken by the government to address the macroeconomic challenges faced by the economy are now beginning to bear fruit and improvements in the external sector have become visible, State Bank of Pakistan Governor Dr Reza Baqir claimed, adding that restoration of stability will help attract investments in the country.

In an interactive session with leading foreign investors at the Overseas Investors Chamber of Commerce and Industry (OICCI), the governor noted that the bold measures taken in the recent past were “painful but necessary”.

He elaborated that the average monthly current account deficit, which has been a prime concern for the economy, has halved, while export volumes have been growing, non-borrowed foreign exchange reserves have stopped falling and in fact begun to grow, and pressures on inflation are expected to recede from the second half of the current fiscal year.

OICCI President Shazia Syed, Vice President Shazad G Dada and Secretary General Abdul Aleem on the occasion highlighted the significant economic contribution of foreign investors at OICCI, who are among the largest economic stakeholders and have invested over $13 billion in the past seven years and continue to have a positive view of the opportunities for investment despite the ongoing challenging economic environment in the country.

The OICCI members shared with Dr Reza Baqir the key highlights of its annual survey on remittances and complimented the governor that despite extreme pressure on the forex reserves in the past 12 months, the SBP did not delay the remittance of profit, which was appreciated by the foreign investors.

However, concerns on some other areas were raised and the overseas chamber sought the governor’s support in facilitating different matters in the light of its policies towards improving “ease of doing business” in Pakistan.

The OICCI members presented a comprehensive list of recommendations to facilitate businesses in Pakistan, including proposal for doing away with additional approvals for remittance which are as per registered contract, and proposed that an online portal be established, allowing the banks to upload the request and supporting documents.

Dr Reza Baqir appreciated the contribution of OICCI members to the national exchequer and announced various measures to further streamline the processes for improving ease of doing business.

“SBP is moving towards digitalisation and proactive engagement that will address the major issues systematically,” informed the governor.

He promised to consider various OICCI recommendations and agreed on the need for continuous dialogue with the OICCI members, inviting the managing committee to meet the SBP’s leadership at regular intervals for timely resolution of issues.