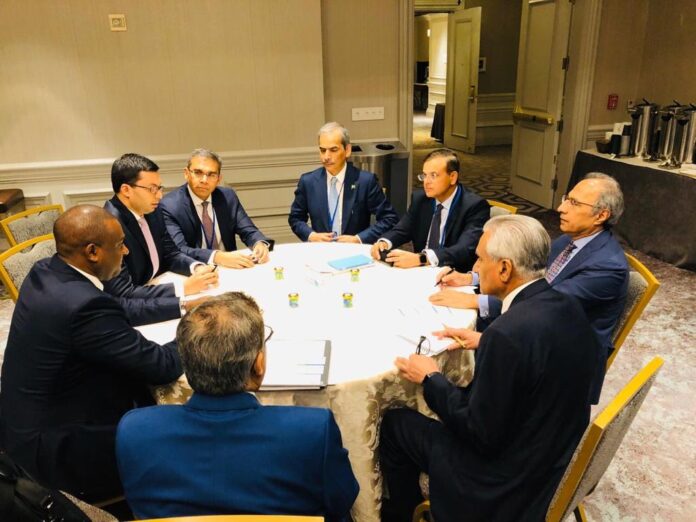 ISLAMABAD: Adviser to Prime Minister on Finance and Revenue Dr Abdul Hafeez Shaikh, who is currently on a visit to Washington DC to attend the annual meetings of the International Monetary Fund/World Bank, held a series of meetings with heads of various global financial institutions to apprise them of the overall state of Pakistan’s economy.

The meeting focused on the measures taken by the government to curtail the twin deficits and to revive the country’s economy through institutional reforms and collaborations with regional and international investment partners, according to a statement issued by the Ministry of Finance on Saturday. 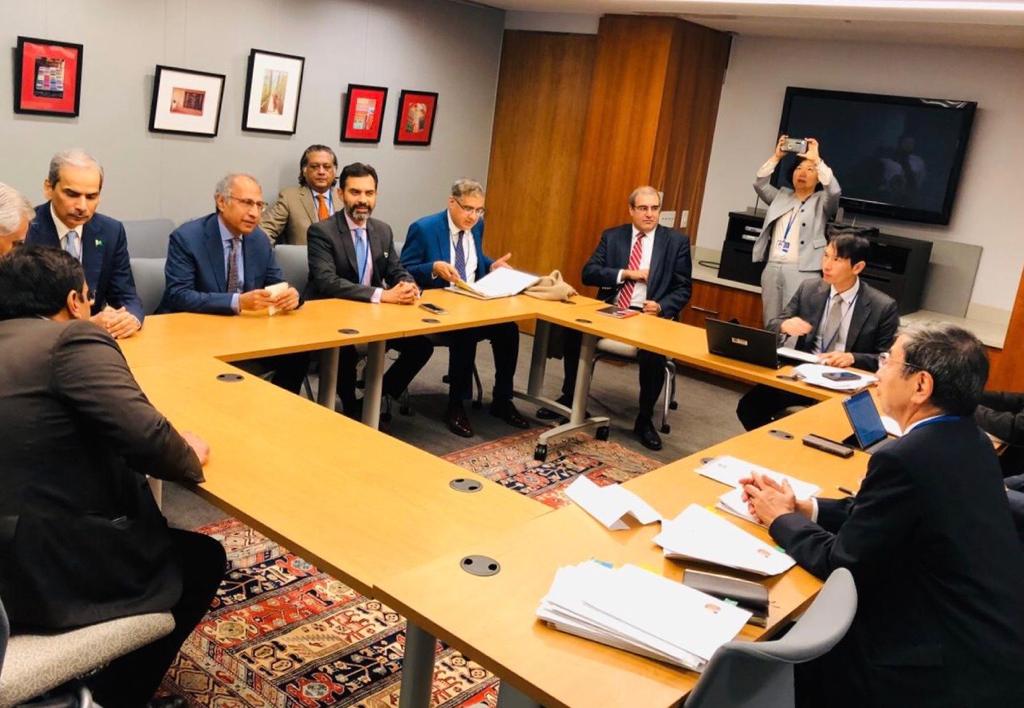 The adviser apprised the ADB president of the steps being taken by the government to curtail the current and capital account deficits. In his remarks, ADB President Nakao said that ADB is an important financial partner of Pakistan and acknowledged the current structural reforms undertaken towards the country’s economic stabilisation. 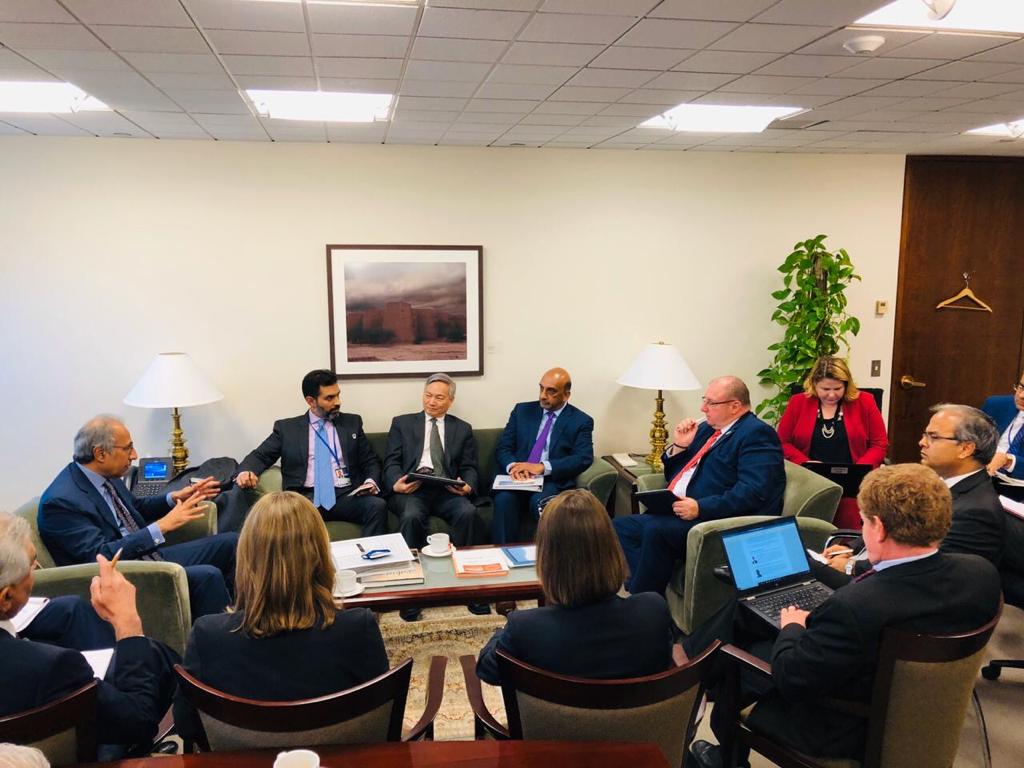 Later, the Pakistani delegation met International Monetary Fund’s Middle East and Central Asia Department Director Jihad Azour. Both sides discussed the implementation of the ongoing IMF programme. The IMF director appreciated the progress made towards economic stabilisation as well as the government’s commitment to the reform process.

Meanwhile, the delegation members participated in the G-24 Ministers and Governors Meeting on the sidelines of the annual meetings of IMF/WB-2019. They also attended an informal meeting of the SAARC Finance Ministers that focused on trade facilitation within the SAARC region.

Furthermore, Adviser Dr Hafeez Shaikh participated in the Standard Chartered Global Investors Forum, where he gave an overview of the economic situation in Pakistan and progress made with the implementation of the IMF programme.

He urged the participants to invest in Pakistan.