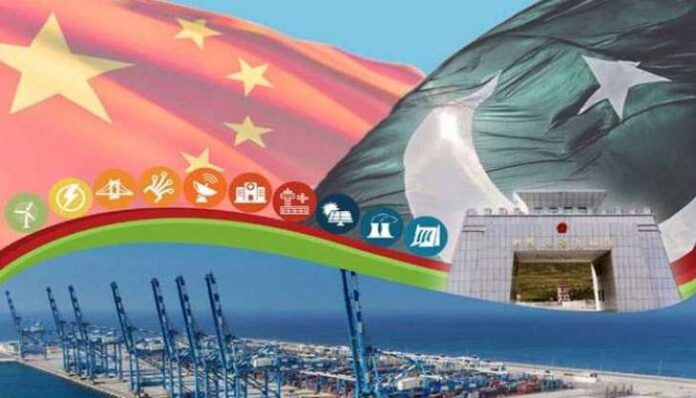 ISLAMABAD: Amid uncertainty with regard to a possible sit-in of Jamiat Ulma-e-Islam leader Fazlur Rehman, the 9th Joint Cooperation Committee (JCC) of China Pakistan Economic Corridor (CPEC), the highest forum of the corridor, is scheduled to be held in Islamabad on November 5.

The JCC, according to sources, would deliberate on recent developments pertaining to Main Line-1 (ML-I), special economic zones (SEZs), Karachi Circular Railways, Kohala and Azad Pattan hydropower projects. However, sources added, no new power project would be added to the CPEC portfolio in the upcoming JCC.

As per details, a delegation headed by China’s National Development and Reforms Commission (NDRC) vice-chairman would be visiting Islamabad in the first week of next month.

Apart from the deliberation on mega projects during the JCC, the NDRC vice-chairman would also inaugurate 300MW coal power plant in Gwadar.

Ahead of the JCC, there would be a meeting of the senior officers to discuss the decisions of various Joint Working Groups of CPEC, and to make recommendations regarding the deliverables to the JCC.

The meeting, which would be jointly chaired by Pakistan’s planning minister and NDRC vice-chairman, would be attended by provincial chief ministers, federal ministries and divisions.

According to the officials, as the government has already established a financing committee on ML-I, its financing structure, loans, interest on loans and tenure of return would be discussed during the JCC meeting. Besides, the JCC would also decide about the inauguration of the Rashakai Economic Zone, which is ready for the groundbreaking.

In an interesting development, the planning ministry has called back its former coordinator and CPEC project director Hassan Daud to prepare for the next JCC, as he handled the JCCs during the past three years.

Hassan Daud, who is presently the chief executive officer of the KP Board of Investment & Trade (KP-BoIT), had left the ministry after the expiry of his contract.

Daud, who, as project director, helped the panning ministry, was reportedly requested to cooperate the ministry for at least 8 to 10 days, insiders told Pakistan Today.

When Daud left the ministry, the planning ministry had replaced him first with its additional secretary Syed Waqarul Hassan and later with Dr Liaqat Ali Shah.

However, insiders said, the performance of the two officials was not satisfactory, forcing the ministry high-ups to acquire the services of Hassan Daud ahead of the 9th JCC.