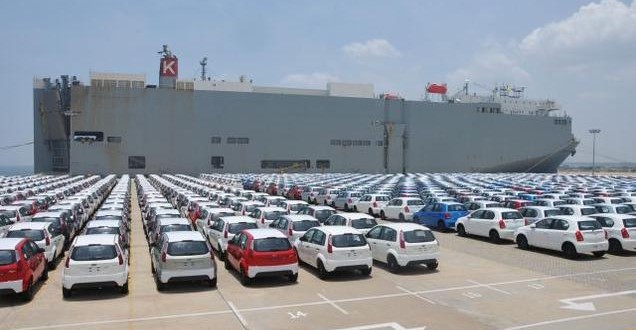 ISLAMABAD: As the new conditions imposed by the government on the import of used cars have discouraged the importers, the Economic Coordination Committee (ECC) on Wednesday facilitated the clearance of over 1,000 vehicles stuck at ports due to payment-related issues.

The said vehicles imported under personal baggage, transfer of residence and gift schemes were parked at ports for want of required taxes/payment in US dollars as per the new condition.

Under the new law introduced by the government early this year, the payment of duties and taxes for all imported cars should be made in foreign exchange, to be directly remitted from abroad by the person importing the vehicle. Most used cars were imported in Pakistan under baggage rules or gift scheme, which were designed only for personal purposes.

The idea behind the new law was to restrict the misuse of the facility by traders since the practice created a drain on local foreign exchange reserves.

Talking to Pakistan Today, commerce ministry spokesperson Muhammad Ashraf said that the ministry has only allowed clearance of those vehicles which were not cleared for want of full payment of taxes as a difference emerged in the tax amount after depreciation of the local currency.

“The importers have been allowed to pay the difference in local currency without asking for additional remittances in dollars to meet the difference,” he said, adding that there was no change in the policy related to used cars imports under gift scheme.

According to the Finance Division officials, the ECC decision would help clear up a total of 1,017 vehicles currently stuck at Karachi port because no foreign remittance was received or the remitted amount was rendered insufficient due to depreciation of Pak Rupee before the filing or goods declaration or increase in the rate of duty in the Finance Act 2019.

According to used car importers, the vehicles parked at the ports actually arrived after January 15, when an SRO was issued imposing restrictions on the used cars imports. As the consignments of vehicles arrive in Pakistan in 45 days, thousands of cars were already their way to the country before January 2019, they added.

“Since July 2019, not even a single used car was imported as the SRO discouraged imports,” All Pakistan Motor Dealers Association Chairman H M Shahzad said.

According to data of the Pakistan Bureau of Statistics, imports of completely built-up cars (90pc used cars) fell by 43pc in the first half of 2019. The total imports were $156 million versus $277 million in the same period of last fiscal.