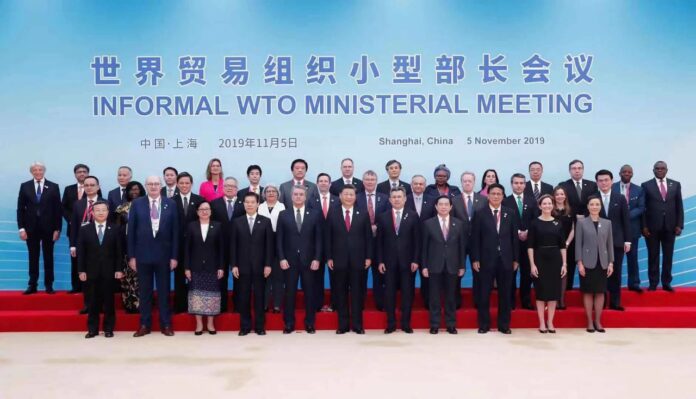 ISLAMABAD: Advisor to Prime Minister on Commerce Abdul Razak Dawood has highlighted the importance of strengthening a rules-based ‘multilateral trading system’ under the World Trade Organisation (WTO) to safeguard its fundamental principles of non-discrimination, consensus-based decisions and special treatment in all negotiations for developing countries like Pakistan.

He was speaking at the Informal WTO Mini-Ministerial Meeting hosted by China in Shanghai.

The advisor expressed concern over recent developments in global trade relations which could put the multilateral system at risk. He informed the 35 participants of the meeting that any reform of WTO must not alienate developing countries but should make it easier for them to pursue their sustainable development objectives and gain an equitable share in the technological and industrial expansion across the globe.

Dawood called for an immediate resolution to the deadlock on the WTO’s appellate body and emphasised the need for a functioning ‘dispute settlement mechanism’ for the system, particularly for developing countries. He further underscored the importance of agriculture and fisheries sectors of Pakistan and reassured members of Pakistan’s participation in these negotiations with a view to safeguarding the interests of the farmers and small-scale fishermen.

Earlier in the day, the advisor attended the opening ceremony of the China International Import Expo inaugurated by the president of China. He also expressed views in an interview with Chinese television on issues pertaining to multilateral trade and strengthening of bilateral economic engagement between China and Pakistan.

He spoke at a luncheon meeting hosted by China for the Investment Facilitation for Development initiative under the WTO. He stressed the importance of multilateral engagement and effective special and differential treatment in all disciplines.

The advisor is on a four-day official visit to Shanghai and Beijing to attend the WTO Mini-Ministerial Meeting, the China International Import Expo and several bilateral engagements with Chinese dignitaries.