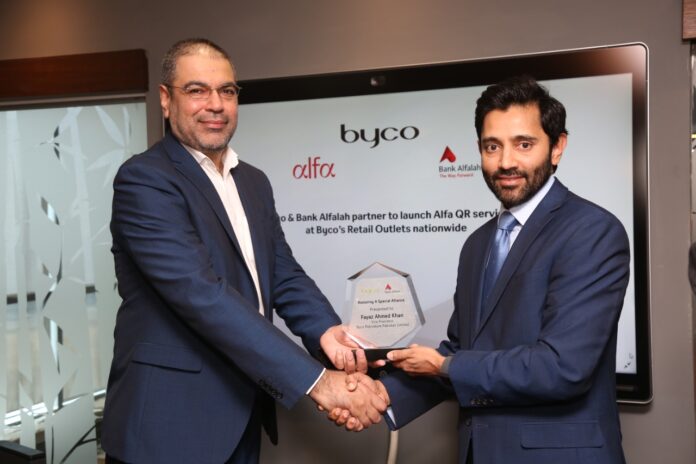 As per a statement issued on Thursday, Bank Alfalah, being an advocate of the OneQR concept, has now enabled Byco Petroleum to not only accept payments through its Alfa App but also through 25 other digital banking apps being used across the country.

“Now every Bank Alfalah customer with Alfa app can drive to their nearest Byco retail outlet and avail a litre of petrol for just Rs100, purchasing as much as 10 litres of petrol in a day and 300 litres in a month, at this discounted price,” the statement read.

In a similar development, sources revealed that Pakistani fintech ‘Finja’ had approached Pakistan State Oil (PSO) for the digitisation of the latter’s payment system. However, during a recent meeting between the two parties, PSO had cited a reason that “the Explosives Department chief inspector (under the Ministry of Industries and Production secretary) has retrained the digitisation process as it could lead to ‘safety issues’.”

Meanwhile, experts maintained that there has never been a single incident globally where the use of a mobile phone had caused a fire or explosion at a petrol pump.

“This as an urban myth,” they said. “In fact, petrol pumps use a mobile POS device with a GSM sim to swipe credit cards at the pump in Pakistan with no objection.”

The UK Petroleum Industry Association Ltd looked into the issue in 2017 and concluded that there were no ignition incidents associated with mobile phones anywhere in the world. “Mobile phones, although not specifically designed to standards as ‘protected equipment’, pose a negligible ignition risk, and one that is far less than other ignition sources on a fuel forecourt.”

It is pertinent to mention that almost Rs8 billion is spent daily in cash at fuel pumps with a footfall of 7 million people per day. The movement of cash is painful for all participants from the buyer to the franchisee/distributor/oil company. This entire chain can easily be digitised which would accelerate e-commerce through increased adoption.

Experts believed that QR transactions at pumps would accelerate e-commerce, reduce inflation and bring Pakistan into the age of technology.