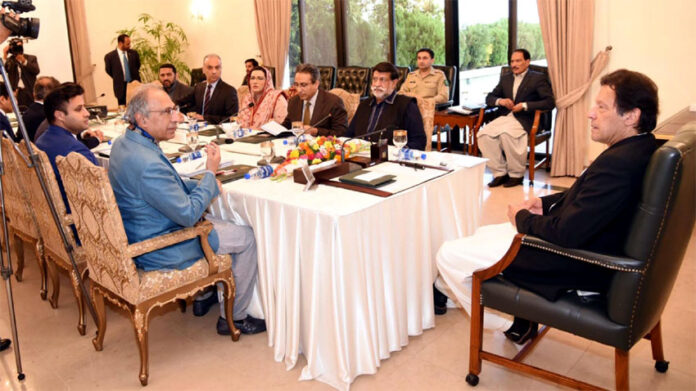 Prime Minister Imran Khan said on Friday that completion of the privatisation process on a fast-track basis would help increase the government’s financial resources.

Chairing a meeting to review progress on privatisation process in Islamabad, he said the process would help ensure the provision of health, education and other facilities to the people.

The PM said increasing the non-tax revenue is among the top priorities of the government.

“The privatisation process aims at saving the national coffer from daily loss of millions of rupees, besides handing over underperforming institutions to capable people so that these are fully utilised according to their real potential,” he maintained.

PM Khan rejected the impression that the government only wanted to get rid of loss-making institutions.

He directed that privatisation of all identified institutions be completed within stipulated timeframe, adding that the government was committed to providing all necessary resources to the Privatisation Division in this regard.

He said the Prime Minister Office should be continuously updated on progress regarding privatisation process and any hurdle in this regard be removed.

Earlier, Secretary Privatisation Rizwan Malik briefed the PM that those institutions and assets have been included in privatisation process that were a burden on national exchequer or were performing less than their capacity.

In addition, such public properties have also been included in the process which remained unutilized for years, he added.