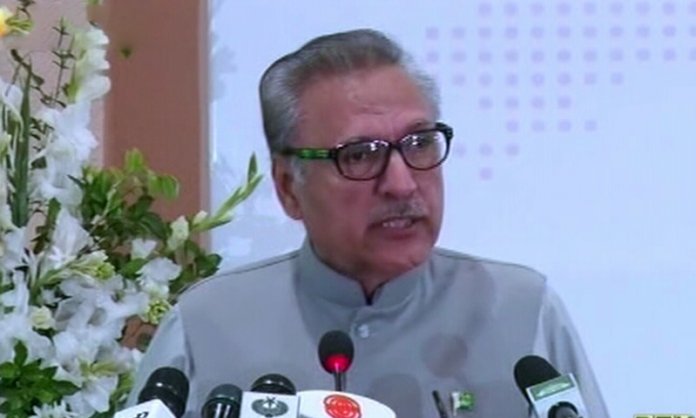 Addressing the 49th session of Federation of Pakistan Chambers of Commerce and Industry (FPCCI), President Alvi said that the government was striving hard to help the economy stand on its feet.

Lauding the performance of the incumbent government, the president said that Prime Minister Imran Khan and his team have put the country on the upward trajectory of progress and development.

He said that the government was committed to ensuring ease of doing business in the country, adding that foreign investment was unfeasible without the documentation of the economy.

The president said the PTI’s government had inherited multiple challenges owing to the wrong policies, poor economic performance and corruption of the previous governments.