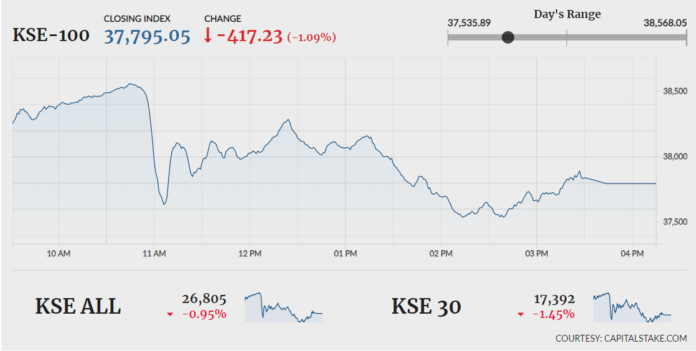 KARACHI: Investors of the Pakistan Stock Exchange (PSX) witnessed a turbulent session on Tuesday, as the indices, which open positively, turned their path and headed south, following the Supreme Court’s decision regarding the Chief of Army Staff’s extension notification.

On the political front, Prime Minister Imran Khan has summoned an emergency meeting of the federal cabinet to discuss the issue regarding the extension in the tenure of COAS General Qamar Javed Bajwa after the SC suspended the notification of his extension.

The Board of Directors of ICI Omricron BV, in a notification, has announced that it shall consider purchasing all outstanding securities and shares of Akzo Nobel Pakistan Limited (AKZO +4.99pc), without exception from all security holders, to increase ownership and to delist the company.