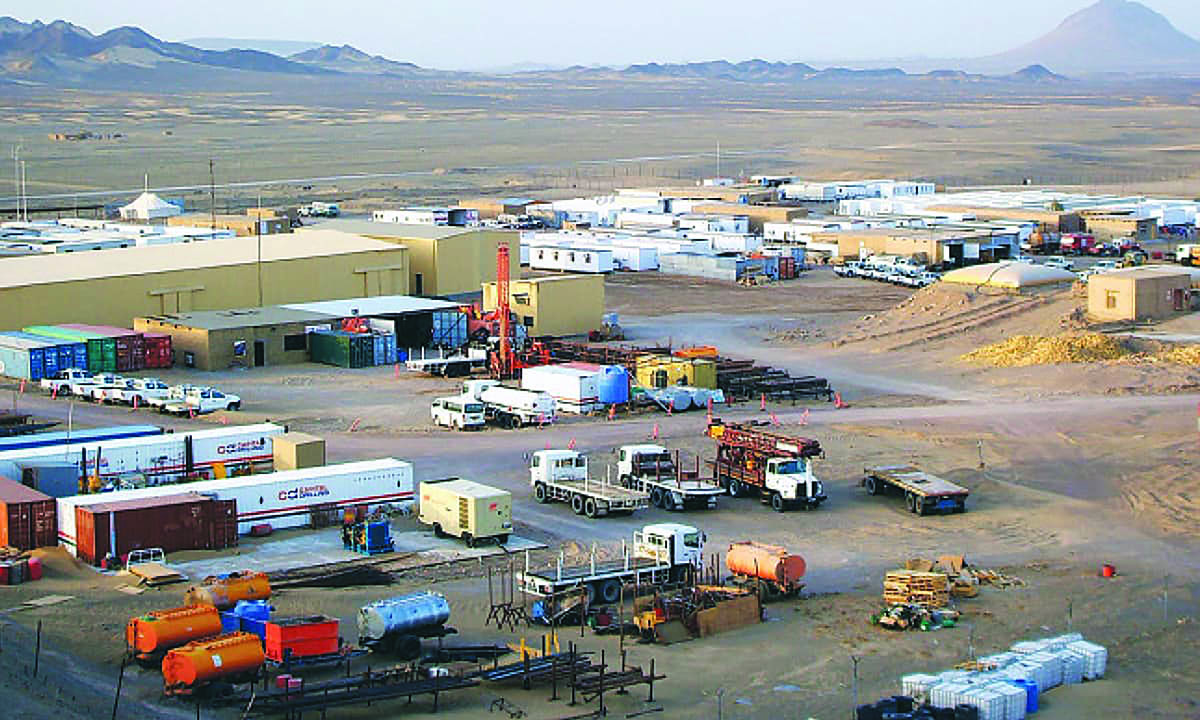 It started with the usual leftie / “anti-imperialism is the ultimate moral good” crowd. An article written by American economist Jeffrey Sachs provocatively titled “How World Bank Arbitrators Mugged Pakistan” on the website Project Syndicate started doing the rounds. That blog entry then got picked up by Pakistan’s newspaper of record Dawn, and all of a sudden many more people across the country were sharing it on social media as the gospel truth.

The problem with the piece, unfortunately, is that Jeffrey Sachs has absolutely no idea what he is talking about. Sachs, a professor at Columbia University in New York, has written a number of critiques against development financial institutions – some valid, most vulnerable to criticisms themselves – and has generally made no secret of his opposition to just about everything done by the World Bank.

The core of Sachs’ argument is the following: the Supreme Court of Pakistan ruled against a foreign mining company, which then decided to ignore that court ruling and instead went to the World Bank’s International Center for the Settlement of Investment Disputes (ICSID) and managed to get a favourable ruling from that international arbitration panel. If that were the extent of what happened, Sachs would indeed by correct that the World Bank “mugged” Pakistan.

Unfortunately, it is abundantly clear from Sachs’ piece that his research relies almost exclusively on Google searches, a very cursory understanding of publicly available documents, and a very selective reading of the facts. A more complete picture would reveal that – far from being an aggressor – the Tethyan Copper Company (TCC) is the aggrieved party here, and the government of Pakistan was clearly in the wrong.

Sachs correctly notes that the story begins in 1993, when the Anglo-Australian mining company BHP Billiton, one of the largest mining companies in the world, secured an exploration licence in Reko Diq, Balochistan.

An investigation by Herald in September 2017 indicated that the initial exploration agreement was signed with what appears to have been undue haste, and not all provincial government departments were able to weigh in on the agreement. But while procedures may have been missed, the underlying economics of the transaction agreement do not appear to be unfair.

For instance, the main bone of contention was that the Balochistan government was obligated to pay for 25% of the costs of the exploration and eventual development of the mine. There is a very simple reason for this: the Balochistan government wanted a 25% stake in the equity of the project, over and above the royalties and taxes it would have received anyway from the project.

BHP argued – correctly, in my view – that if the Balochistan government wants a share in the profits of the project over and above other levies it would already be getting, it should pay for that share like any other investor.

The economic nationalists might argue that the land and resources belong to Balochistan and they should get something for that. Yes, they should. Those are called royalties and taxes, which the mining company would be paying for the privilege of being able to extract minerals from the ground underneath Balochistan. If the provincial government wanted anything more, it would have to be treated like any other investor.

And BHP offered a reasonable deal: the government of Balochistan obviously did not have the money for the exploration or development of the area, so BHP said that they would cover the costs in the form of a loan to the Balochistan government, payable only if a profitable mining operation were to start in Reko Diq.

Next comes Sachs’ assertion that BHP’s sale of its stake in the exploration of the Reko Diq area to a joint venture of Chilean mining company Antofagasta and Australian mining company Barrick Gold was legally questionable and challenged in court soon after it happened.

That assertion elides a very important detail: how soon after the transaction was it challenged? And when exactly did it become a big issue that was taken up by “public-interest litigation”? Sachs is silent on the matter. But for those of us who covered the story, it is difficult to forget how and why it all happened.

The opposition to TCC and their Reko Diq project started in late 2009 and began to truly pick up steam in July 2010. What happened then that caused this massive uproar and supposedly “public interest litigation” to take place? Well, TCC discovered actual gold and copper and began preparations for mining.

You see, nobody cared about Reko Diq or what happened to that exploration licence when people did not know if there was any gold or copper there. Yet once it was proven that there was wealth to be made at Reko Diq, every so-called “expert” came out of the woodworks to “prove” exactly how “extractive” the agreement TCC had with the Balochistan government was, and why the deal should be scuttled immediately.

The media firestorm that happened was sudden, swift, and had the looks of being well-coordinated. Front-page opinion pieces masquerading as news stories were published in The News by reporters who had neither covered the economy nor the Balochistan government. The story caused the media firestorm to become a hurricane: a ridiculously sensationalist front page story on November 3, 2010 by Shaheen Sehbai: “$260 billion gold mines going for a song, behind closed doors“.

The story was so poorly researched that it is not even worth refuting, but it had the desired effect: the media and the judiciary – then led by populist Chief Justice Iftikhar Muhammad Chaudhry – was convinced that the deal was a bad one for the government of Pakistan, and hardly anyone made the requisite inquiries as to why the media firestorm was created in the first place.

Oh, and Sachs appears to have missed one very crucial detail: In December 2010, shortly after the media frenzy against TCC started, a miraculously well-timed “counterproposal” was submitted by the Metallurgical Corporation of China (MCC), a Beijing-based state-owned company. How unbelievably convenient for them to have been ready with a proposal right when the fate of TCC’s mining licence was being litigated in the highly ill-informed court of public opinion!

Once the media trial started, the actual trial in the courts was not far behind. It did not matter to anyone that TCC had invested $220 million in exploring the area and determining the scope of the mineral deposits. It did not matter to anyone that the company was proposing to invest $3.3 billion into Balochistan, the most impoverished part of the entire country, in what would be the largest single project investment ever in Pakistani history.

No, absolutely nobody cared about that. People began to get really concerned about the extent to which the Balochistan government’s paperwork on the project was incomplete, or that TCC had engaged in lobbying efforts to try to change the province’s outdated – and highly dysfunctional – mining laws. Guess what the big change TCC lobbied for was: the company that does the exploration of a region should be given an automatic right to mine the field, unless the government could prove wrongdoing on the part of the company.

What on earth is wrong with that? Why would anyone explore a field unless they had a guarantee that they could mine it if they found something? For every six fields a mining company explores, only one ends up having anything worth mining in it. If the company were prohibited from mining even that one, why would anyone bother to even explore?

That, more than anything else, is why the ICSID ruling is not a “mugging” of Pakistan by the World Bank. It is merely a tool that the company is using to get the government of Pakistan to take it seriously and stop using flimsy bureaucratic excuses to cheat it out of a licence that – by rights – should belong to TCC.

What good is the so-called wealth of a country if it is buried under the ground and it has no means of or expertise in getting it out?