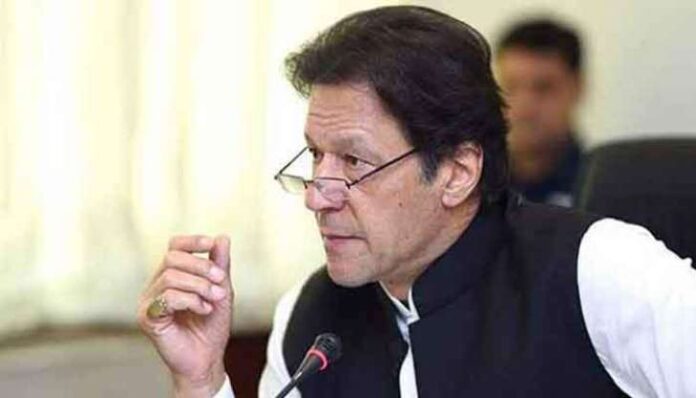 ISLAMABAD: Taking notice of the prevalent gas crisis, Prime Minister Imran Khan has sought a report from the Ministry of Energy which failed to meet the demand of gas this winter season.

Consumers of all categories were faced with gas shortage despite the fact that the import of Liquefied Natural Gas (LNG) was continuing as per capacity. The most affected among all categories of gas consumers was the Compressed Natural Gas industry, where businesses were being shut.

According to sources, Prime Minister Imran Khan was not happy with the gas supply situation as well as the arrangements made by the energy ministry in this regard. Agitated over the prevalent gas crisis, the PM has sought from the Ministry of Energy a detailed performance report, which would be tabled in the next federal cabinet meeting, they added.

Sources said that the premier had noted that there was no gas shortage in winters during the last two years of Pakistan Muslim League-Nawaz (PML-N) government.

“If Energy Minister Omar Ayub Khan and Special Assistant to PM on Petroleum Nadeem Babar fail to satisfy the prime minister regarding gas management in the winter season, their portfolios could be changed.”

He said that 1,224MMCFD of gas was being supplied to Sindh while total production from the province was 2,200MMCFD. “Hue and cry by the Sindh government regarding gas supply is illogical,” Babar maintained.

The SAPM said despite the fact that the Petroleum Division had sent seven letters to Sindh government for Right of Ways (RoWs), it “did not bother to respond”.

“If the Sindh government did not give RoW under article 168, then there will be acute gas shortage and the province may face up to 300MMCFD shortfall during the next winter season.”

He said the Sui Northern Gas Pipeline Limited (SNGPL) provided 1,230MMCFD gas to its domestic consumers during the winter season.

On the other hand, All Pakistan CNG Association Central Chairman Ghias Paracha has rejected the Petroleum Division’s decision to provide gas to CNG stations of Punjab and federal capital for only two days (Tuesday and Friday) in a week.

“We reject the division’s decision… it is strange that that government is ignoring a sector that can help it save approximately $2 billion annually.”

At present, total gas consumption in CNG sector was 225MMCFD; consumption in Khyber Pakhtunkhwa and Sindh was around 160MMCFD, while it stood at 65MMCFD for Punjab.

“It is unjust and unfair to temporarily restore gas supply to CNG sector when the LNG is being imported at full capacity,” Paracha lamented.