FBR asked to crack down on smuggled Iranian POL products 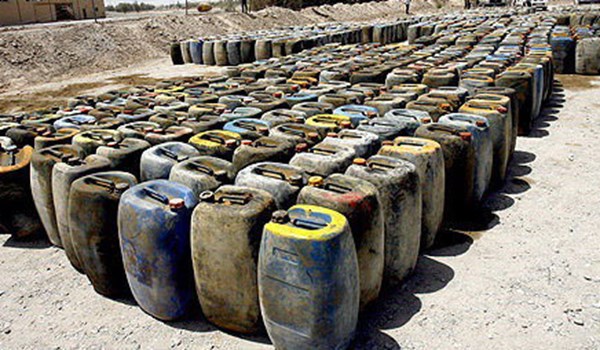 ISLAMABAD: The Federal Tax Ombudsman (FTO) has directed the Federal Board of Revenue (FBR) to constitute a joint task force, comprising the officials of customs and law enforcing agencies, to control the smuggling of Iranian petroleum products across Pakistan.

In a suo moto case on Wednesday, the FTO stated that failure of customs and law enforcement agencies in controlling the sale of smuggled Iranian POL products “reflects inefficiency, incompetence and ineptitude” in the discharge of their duties.

“Smuggling is causing a huge loss to the government revenue and is a constant hazard to the lives and properties of the people,” the FTO remarked.

The FTO’s investigation noted that the customs department does not register cases against smugglers, while appraisement of goods & vehicles was being made at much less than its value, and that settlement proceedings result in the release of goods & vehicles [used for smuggling] on a nominal fine.

According to the report, during the investigation, Model Customs Collectorate-Quetta, Gwadar and the Directorate of Investigation and Intelligence had expressed their inability to eradicate the menace of smuggling, making excuses like shortage of manpower and logistics and shifting their responsibilities to law enforcement agencies. However, the FTO said, it is the prime responsibility of the customs department to prevent smuggling and seize smuggled goods, including petroleum products.

As per the FTO report, illegal petrol pumps could be seen on main roads across Pakistan. “The pumps are visible to everyone but not to customs authorities and law enforcement agencies.”

The ombudsman recalled the last year’s incident at Hub, where at least 26 people were killed in an accident between a coach and an oil tanker. “This should be an eyeopener for law enforcement agencies as well as the customs department as the incident was a result of their negligence and irresponsible attitude.”