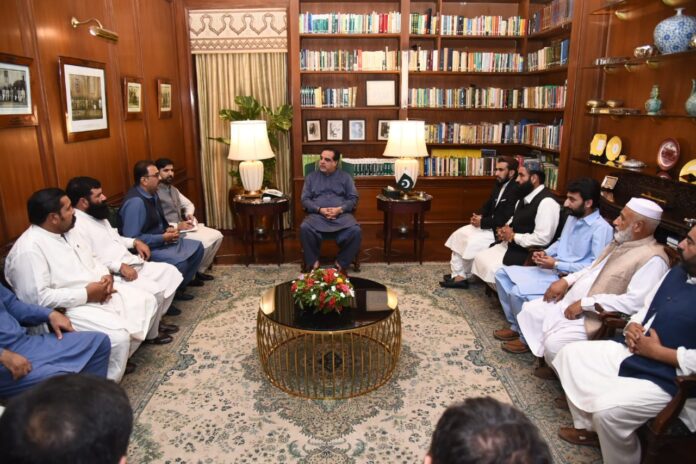 KARACHI: Goods’ transporters on Monday announced an end to their strike after holding successful negotiations with the federal government.

The move comes after the government assured goods transporters’ of resolving all their issues.

The transporters’ leaders, while addressing a press conference along with Sindh Governor Imran Ismail, said that all their demands have been accepted by the government.

Cargo supplies across the country came to a halt last week when goods transporters suspended their operations in protest over a hefty increase in fines.

Transporters had complained that the decision of the Islamabad High Court (IHC) with regard to axle load management was not being implemented. The government and the Motorway Police have refused to follow the Axle Load SRO 2000, transporters had complained. They demanded implementation of the IHC order regarding the enforcement of axle load management.

After the transporters’ decision to continue their strike, cargo vehicles were parked on roads, resulting in suspension of transport of consignments from the Port Qasim and Karachi Port as well as supplies of vegetables, fruits and medicines to various parts of the country.

According to an estimate, there are over 300,000 goods transport vehicles across the country, while over 17,000 cargo vehicles run from Karachi to upcountry daily.

Meanwhile, protesting industrialists also ended their sit-in outside the Sui Southern Gas Company head office after successful talks with the officials of the SSGC on Monday.

The first round of the talks between the SSGC officials and the industrialists had failed earlier in the day.

The industrialists of metropolitan city and the labourers had gathered outside the SSGC head office to protest the non-availability of gas to their units.

“Supply of 50mmcfd gas from KEPTO power plant is being restored while other terms and conditions will be decided within a month,” the SSGC managing director said.

Speaking to the newsmen, the industrialists said they don’t have any issue other than the supply of gas, adding that uninterrupted supply of gas was necessary to boost the country’s exports.

On Friday, Power Minister Omar Ayub Khan had passed the blame of prevailing gas shortfall in the country onto the previous governments, saying that the former government didn’t focus on gas exploration.