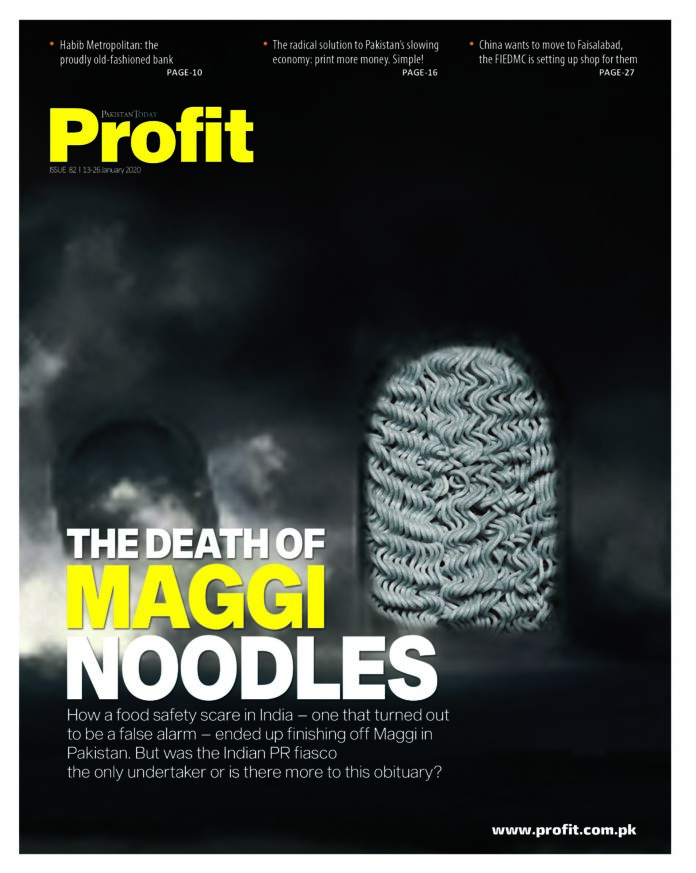 We were spoiled for choice this issue of Profit when it came to deciding what our cover story would be. It’s a good problem to have, if I must say so myself.

The first contender on the list, my personal favourite, is our piece (Meiryum Ali on page 16) on the renegade school of thought called Modern Monetary Theory. To put it simply – and simplistically, robbing all nuance – the theory says: government needs money to spend? Just print more money!

Not an unheard of idea, actually. But one that you hear few people above the age of 13 spouting. The nascent but burgeoning number of  ‘adult’ economists advocating it, however, is what makes it interesting. And in economist Dr. Asad Zaman, former PIDE boss, we found our MMT crowd in Pakistan. The man makes a passionate case, like all recent converts to new religions do. Hear him out.

Why isn’t this our cover story? Well, the Managing Editor threw a fit. A dangerous idea, he said, – with the certainty of the character in a post-apocalyptic film who turns out to be right at the end – and we shouldn’t even grace it with space in the magazine, what to speak of making it the cover story. The compromise I made with him? We featured it in this issue, without making it the cover. After all, what good is a publication if it can’t encourage discussion and debate on unconventional ideas.

The other contender for the cover story was our feature on Habib Metropolitan Bank. It’s a solid, well-researched feature. The problem? It’s a really boring bank. It’s an interesting read, of course, don’t get me wrong; we always write engaging pieces for our readers. But how interesting can you make this bank? Do read Farooq Tirmizi’s feature (page 10) to see what I mean.

What we finally settled on was the death of Maggi. How Nestle’s PR team handled the Maggi fiasco next door in India is a textbook case of how-not-to-do-PR and we assume many heads have rolled there. Ironically, the victim turned out to be Maggi itself in Pakistan, while the Indian counterpart is up-and-running-again. It appears that in the game of Chinese Whispers that social media has become, Pakistani consumers stopped buying these noodles. Or so it was thought. Our story (Hassan Naqvi on page 22) reveals that this was the mere final nail in the long-overdue coffin and there were other factors at play as well.

We in the business journalism world are tilted more towards financial institutions and macroeconomics and don’t give marketing issues the attention that they deserve. That is a wrong we hope to right in future issues. Expect to see more of the FMCG sector in Profit in the future.