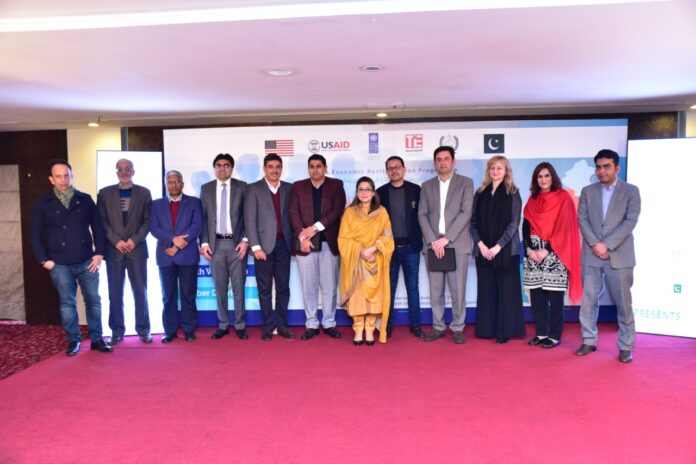 ISLAMABAD: A Business Incubation Programme for the youth of the newly merged districts was launched here today by USAID [United States Agency for International Development] in partnership with UNDP [United Nations Development Program] and TiE [The Indus Entrepreneurs].

Under this program business incubation services will be provided to 180 aspiring entrepreneurs including 54 women from Khyber, North and South Waziristan districts. The program will provide technical assistance in the form of mentoring, coaching and training. The young entrepreneurs will go through one-month incubation training, followed by a grant provision/distribution after approval of their business ideas. The program is implemented by TiE Islamabad in partnership with UNDP under the USAID funded FATA Economic Revitalisation Program (FERP).

Speaking at the ceremony USAID Activity Manager Wasim Bari said, “FERP will provide sustainable income generation and livelihood opportunities to the returnees of the region who were displaced due to the former security situation. All the components of the business incubation program including business development grants, investment capital, and skills training provided to the potential beneficiaries from the newly merged districts of KP are equally important. To increase the size of the economy, we should always support and invest in such incubation ventures and training programs that unlock the prospects for self-employment and economic growth.”

UNDP Program Officer Mustafa Mehmood said, “From working in FATA with the government of Pakistan since 2005, UNDP’s efforts have always successfully supported the sustainable returns and rehabilitation strategy. This incubation program will help unleash the potential of youth and entrepreneurship opportunities in the newly merged districts of KP. We, along with our partners, believe that the collaboration of both government and private sectors in such ventures will lead to more prosperous and significant prospects.”

Shandana Gulzar Khan said, “The true essence of economic and social development lies in the empowerment of all communities in a region, in particular those that have been “left behind”- the exact opposite of SDG 2030 agenda which is to “leave no one behind”.

She added, “FERP is one of the thousand footsteps that are headed towards the realization of such development. I believe that the UNDP’s and TiE’s efforts to help empower young and aspiring entrepreneurs in addressing and solving the challenges that have hurdled the economic development in KPK, will nurture a cycle of inclusive economic growth and prosperity, leading to a self-reliant and successful socio-economic paradigm for Pakistan.“

“TiE, with its extensive experience of contributing to the entrepreneurial landscape of Pakistan, is very proud to have partnered in enabling the youth of the newly merged districts of KP to form successful business models that will lead to sustainable economic growth in these areas,” said TiE Islamabad Executive Director Zeeshan Bin Shahid.

The Business Incubation Program is part of the USAID funded FATA Economic Revitalisation Program, implemented by UNDP, that aims to provide sustainable livelihood and income generating opportunities to returnees, leading to long-term economic growth and contributing to resilience and economic revitalisation of Newly Merged Districts (NMDs) of Khyber Pakhtunkhwa (KP).