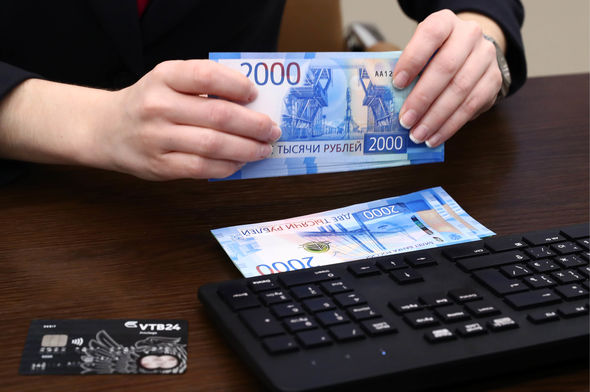 MOSCOW: The rouble soared on Friday, at one point gaining more than 0.5% versus the dollar on the day, and Russia’s MOEX index hit a record high, as emerging markets were buoyed by the Chinese economy maintaining its high growth rate.

After two days of volatile trading, following the government’s resignation and subsequent appointment of Mikhail Mishustin as prime minister, the Russian market charted an upward course on Friday, while waiting for announcements on which ministers will comprise the new government.

China’s GDP growth slowed to its lowest since 1990 in 2019, but December data showed a surprising acceleration in industrial output, modest investment growth and solid retail sales, in the wake of signing a Phase 1 trade deal with the United States on Wednesday, supporting emerging markets.

Trading volumes may be lighter than usual due to the anticipated changes in government, some of which could be announced as early as Friday, and with a US holiday coming up on Monday.

The swift instalment of Mishustin as a replacement for the outgoing Dmitry Medvedev meant that the political uncertainty was too brief to have a significant impact, said J.P. Morgan analyst Anatoliy Shal.

“(Mishustin’s) first statements point to a high degree of continuity in economic policies, as he stressed the importance of macroeconomic stability,” Shal said in a note.

Shares in internet giant Yandex were up 1.7% on the day, continuing their strong performance after Mishustin pledged his support to the company on Thursday.