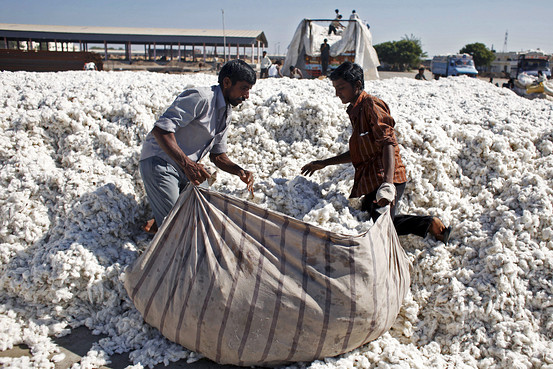 LAHORE: During the first half of the fiscal year 2019-20, Pakistan imported 24,299 tonnes of cotton yarn from India, China, Turkey, Oman, Uzbekistan, Indonesia, Vietnam and other countries.

According to figures available with this scribe, Pakistan imported 14,100 tonnes of cotton yarn from China (58pc of total imports), 2,067 tonnes from Turkey, 1,038 tonnes from Oman, 915 tonnes from Uzbekistan, 246 tonnes from Indonesia, 172 tonnes from Vietnam and 1,028 tonnes from other countries.

Pakistan also imported 4,733 tonnes of cotton yarn from India during July-September 2019 (19pc of total imports in the first half of FY20).

It may be noted that Pakistan had stopped importing cotton from India following the latter’s decision to revoke Article 370 of its constitution that granted Indian occupied Kashmir a special status.

Pakistan had downgraded its diplomatic relations with India and later also suspended its bilateral trade during a cabinet meeting.

It is pertinent to mention that Pakistan was highly dependent on Indian cotton yarn from 2011 to 2019.

He added that due to fewer amounts of cotton bales reaching ginners and from them to the spinning mills, the millers have to import cotton yarn to meet the demand of the local apparel industry as well as the export targets.

“That’s why Pakistan had to import cotton yarn from other countries to meet the demand of our national and international clients,” he added.

When asked why we emphasized on Indian cotton yarn from 2011 to 2019, a weaving miller said that Pakistan’s cotton production and yield decreased by 41pc and 33pc respectively, due to which it imported cotton yarn from India between 2011 to 2019 as it was cost-effective and India was one of the largest exporters of quality cotton yarn.

However, a worried spinning miller said that the government should take some serious measures on an urgent basis to address the issue of cotton production in the country in 2020 otherwise, it would be a decisive blow to the local spinning industry as they will not have enough cotton bales to make cotton yarn etc.

He welcomed the Economic Coordination Committee’s decision of waiving off all taxes and duties and allowing Cotton’s import to Pakistan via Torkham border which is effective from January 15.

“It would help the spinning industry of the country to overcome the cotton bales deficiency in the country,” he added.

The miller demanded that concrete steps should be taken to increase the production area, total production and per acre yield of the cotton.

He advised capacity building and incentive for cotton farmers that might help in meeting the cotton bales target this year.