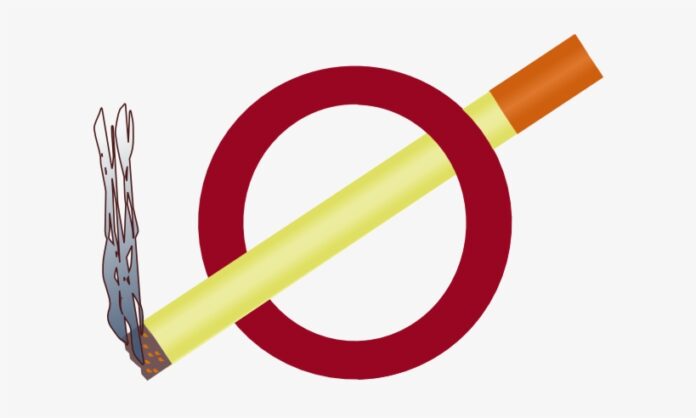 ISLAMABAD: The Ministry of National Health Services, Regulations and Coordination, while issuing new guidelines on Saturday, disallowed tobacco advertisement, promotion and sponsorship on all forums of print and electronic media in the country.

According to a notification issued by the ministry, no tobacco or tobacco product advertisement, promotion and sponsorship will be allowed in print media, including newspaper, magazine, book, periodicals, or any printed publications, except as provided by the Federal Excise Rules 2005.

Similarly, tobacco advertisement, promotion and sponsorship will not be allowed in cinema or theatre, including mobile or mini-cinema theatre, on television or radio including cable television or closed-circuit television, through depiction of human or animal image or silhouette, through a poster or painting or banner made out of paper, plastic, cloth or screen display or electronic display any other material or by any other mean, at point of sale either inside or outside or any other place.

The government also stopped tobacco advertisement and promotion through branding on clothes or garments including caps and useable items, through hard or soft on store board or fascia affixed or mobile at point of sale either inside or outside or any other place.

Tobacco advertisement and promotion will also be banned on out of home billboard, where fixed or mobile at point of sale either inside or outside or any other place.

The government banned tobacco promotion through a poster or painting or by any other mean, at point of sale either inside or outside or any other place.

There will be no permission of tobacco promotion by display and visibility of tobacco products at, either inside or outside of a point of sale, including, mobile or fixed retail outlet and street vendor or any other place.

This ban will also be on direct targeting of individuals, through promotional or informational material, including direct mail or research or third-party marketing.

There will be no permission of tobacco promotion through payment or other contributions to retailers through free goods, gifts, giveaways, souvenirs, discounts, cash rebates, swapping or by any other means to encourage or induce them to sell products including retailer incentive programmes.