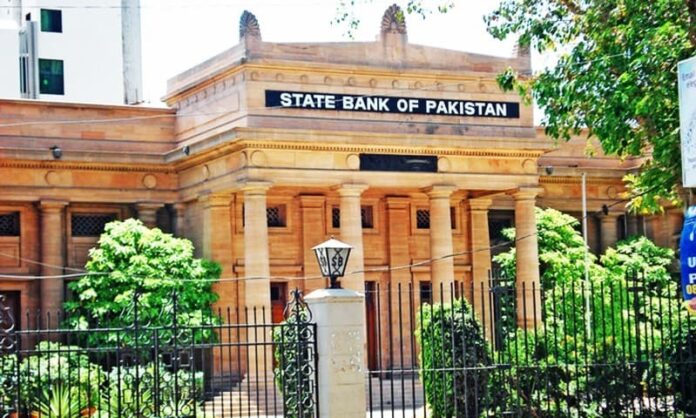 In 1963, the meteorologist Edward Lorenz published an analysis of three equations working within a system from his study of the atmosphere. He found the three equations shared some surprising features. For example, all three equations are ‘sensitive to initial conditions’, meaning that tiny differences at the start grow exponentially with the passage of time. This type of unpredictability is a defining feature of chaos.

No, this is not the chaos of the fantasy variety, where evil hordes overrun the land until the farm-boy-turned-master-sorcerer defeats them in an epic battle. This is mathematical chaos, which deals with random states of disorder.

But Lorenz’s analysis also showed there was order within the system. When you visually plot his equations in three dimensions, it makes a strange yet beautiful curve with two overlapping spirals. To date, this is known as the Lorenz attractor, and for nearly 60 years has symbolized deterministic order within seeming chaos.

On January 31, 2020, the State Bank sent a small circular to the presidents and CEOs of all banks in Pakistan. On the surface, the memo is just laying out an iterative improvement in the payments ecosystem. However, just like the Lorenz attractor, this tiny memo could have exponential effects on payments, banking, customer behaviour, retail, and economy.

The circular highlighted three measures taken by the State Bank:

With a single stroke, the State Bank has upended the digital payments infrastructure of the country, in its attempt to fix our broken payments ecosystem.

To understand how far-reaching these measures are it is helpful to look at how payments at Point of Sales currently work (The payments mentioned here are typical and indicative. The fees are within a range for some heads).

Let us say you buy a glass of fresh sugarcane juice from the mall for a hundred rupees and paid for it using your Mastercard from Faysal Bank. The cost to the merchant is 1.5pc, or 1 rupee 50 paisa. This cost is called Merchant Discount Rate (MDR).

Three parties split the MDR. The first party is the ‘acquirer’ which charged the MDR. This is the party that has the approval to conduct this activity from the State Bank and whose Point of Sales (POS) machine is being used.

The acquirer pays the ‘issuer’ a fee. An issuer is a party whose credit card you have used. In this case, it is Faysal Bank. The issuer makes 1 rupee 15 paisa on this transaction. This fee is also called the Interchange Reimbursement Fee (IRF) and is paid in recognition of the bank having promoted its cards to be used for payments, and owning the customer relationship.

The acquirer also pays the third party, the ‘payment scheme’, 10 paisa per transaction. The payment scheme refers to the intermediary agency that facilitates interbank payments. In this case, it is Mastercard. After making payments to the issuer and the payment scheme, the acquirer is left with just 25 paisa.

The acquirer, who has to fund the cost of the machine, related services and materials goes along with this, because these merchants have a high number of daily transactions. They can theoretically pay off the cost of the POS hardware quicker.

This system frustrated the State Bank to no end, because the regulator is tasked with increasing access to as many citizens as possible. Every year the State Bank receives a report by acquirers, noting how many POSs have been installed. The total active POS install base barely grew year-on-year, and till date only hovers around the 50,000 mark.

The “Merchants using POS ” figure is even lower, as multiple POSs per merchant are common. This can only mean one thing. Instead of the acquirers increasing the net POS install base, they were actually cannibalizing each other by replacing POSs or adding to POSs at existing high-value retailers. Essentially, there is a large gap between the current status quo, and where the state of the digital payment infrastructure needs to be.

According to sources, the State Bank last year held a few consultative sessions to understand the problem in detail. The State Bank Governor Reza Baqir also launched the National Payment Systems Strategy (NPSS) in November 2019, which lays out a clear payments vision for the country. The strategy called for “a very ambitious policy… to facilitate the installation of POS terminals.”

After discussions with stakeholders, the State Bank moved swiftly and issued PSD Circular No. 01 of 2020 stated above, titled “Improving Payment Card Acceptance Infrastructure in Pakistan”.

The circular decisively changes the composition of the MDR. First, it sets a range of 1.5pc to 2.5pc. This means on average the fee paid per transaction will rise. The State Bank has also decreased the IFR, which was paid by the acquirer (or owner of the POS hardware) to the issuer (banks), and has capped it at .5pc.

This is a really smart play by the State Bank on several levels. There are currently six acquirers in Pakistan. Five of them are banks who have mostly outsourced the POS hardware and maintenance to a third party. The sixth is Keenu, or a third party which has outsourced the license part to a bank and is piggybacking on an exclusive collaboration with Bank Al-Habib.

Every year, almost every head of the acquisition business had to get creative trying to explain to the CEO and the board why they were heading a consistently loss-making business line. A POS machine can easily cost up to $350. But when you add the cost of the services, materials, maintenance and the opex of the merchant acquiring teams, the hardware cost can go up manifold.

But under the new fee structure, you have a viable business model, so long as you get your costs under control. Meanwhile, banks, whose credit card customers drive POS usage, are in a corner they cannot get out of. There are over 50 million debit and credit cards issued, but only 11 million get used on POS machines. Most are used for ATMs only. This 11 million has been fed a discount heavy diet to drive usage. Should banks scale back on their credit card promotions, they risk losing the battle of secondary accounts to banks that do focus on smart deals and promotion.

In fact, the State Bank has potentially been even more interventionist than the circular suggests. Acquirers said that while the State Bank had dramatically increased their share of the pie, they had balanced that with quotas given to each acquirer that can only be described as hyper-ambitious. After adding all the quotas, it is clear the State Bank wants to increase the size of the install base tenfold to 500,000 POS machines within three years.

According to sources, in a stakeholders’ meeting between the State Bank and Federal Board of Revenue, the State Bank requested the FBR to end duties on imported POS machines, which currently make up over 30pc of the unit cost. It is clear that State Bank’s engagement related to this circular is multi-modal and comprehensive.

The last point in the circular is sure to cause some consternation with international payment scheme operators like Visa, Mastercard and their Chinese competitor UnionPay. New or renewed debit cards will be from a domestic payment scheme (DPS). Currently, there is only one such payment scheme by 1link called PayPak.

It is clear what State Bank is trying to do here. The DPS has a lower transactional cost, so it is an attractive option if the aim is to increase the install base. In addition, transactional fees paid to international payment scheme operators represents money leaving the ecosystem and the country.

I do not think this will have its intended effect for three reasons. Firstly, the State Bank left a loophole, where the customer can specifically request to issue an international payment scheme card issued. Also, co-branded local international cards are allowed.

Secondly, Visa and Mastercard have a phenomenal hold on banking decisionmakers and give aggressive rebates, incentives and transfer of knowledge to banks, which local schemes cannot match.

Lastly, customer psychology plays a large part. A Visa or Mastercard debit and credit card carry prestige and no international traveller, even if they travel infrequently, will want a domestic payment scheme.

Why is the State Bank doing this? From our conversations with major ecosystem players, it is clear that the State Bank Governor Reza Baqir passionately believes that rapid digitization of payments will bring exponential benefits for Pakistan. This is why the State Bank is pushing the digital payments industry to innovate in distribution and business models, and why they are setting the groundwork for an unprecedented payments revolution in Pakistan.

The Micro Payments Gateway (MPG) initiative is expected to be completed within a year, and it will allow the near-instant transfer of funds of all sizes without friction. Critically, this means that digital wallets will be able to directly pull money from a bank account, instead of needing to be topped up. This was a major user experience hindrance that significantly dampened the usage of digital wallets.

NPSS initiatives will also ensure another critical missing piece of the payments ecosystem is put in place. Globally, digital players are pushing for the increased adoption, usage, and financial inclusion among the most vulnerable, such as the poor and women. In Pakistan, this is not possible because the players have to onboard banks one by one, which is extremely time consuming and reduces innovation. NPSS initiatives will ensure this friction disappears, by allowing digital players to integrate with just one national layer to be connected to all banks.

These innovations, combined with a much larger POS install base, form the blueprint for a digital Pakistan. Domestic spending will increase as retailers switch to omnichannel solutions. The POS install base will create a channel which will later on be used for more disruptive and cheaper technologies like Near Field Communications (NFC) and QR Codes. More digital payments will mean further documentation of the economy, which will help with Pakistan comply with FATF conditions. It will also mean valuable data for national economic policy makers.

Once you have 10x the number of merchants with a digital payments infrastructure, you also have the ability to take them online in ecommerce malls and store fronts. This means an e-commerce boom that can on its own mean billions of dollars of economic activity.

One cannot overstate the importance of this last point for Pakistan. The country has entered a low growth phase, and consumer spending will be one of the most important forces in getting Pakistan out of it.

By no means will this be easy. Expanding a POS install base tenfold means serious upfront cash commitment by acquirers. Not only will the cost of POS machines have to be lowered, acquirers will need to innovate across hardware, processes, software and alliances to scale as cheaply as possible, and to drive usage once a POS is installed.

They will also need help from State Bank, which will have to represent its stakeholders in front of FBR, collaborate on policy, and find incentives to drive card usage at POS terminals. These decisions could be controversial, such as rolling back the PKR 50,000 purchase and CNIC requirement only for digital POS transactions, or giving tax incentives to merchants who do over 80% cashless transactions. The State Bank will also have to formally push for customer journey mapping by acquirers in tier 2 cities and rural areas, to identify top customer journeys that will drive POS usage.

But even with these challenges in mind, change is still possible. The Lorenz attractor was key to explaining how small changes can have large effects. Famously, Lorenz summed  its core principle: “a butterfly flapping its wings in Brazil can produce a tornado in Texas.” This 353-word circular may just be that butterfly.