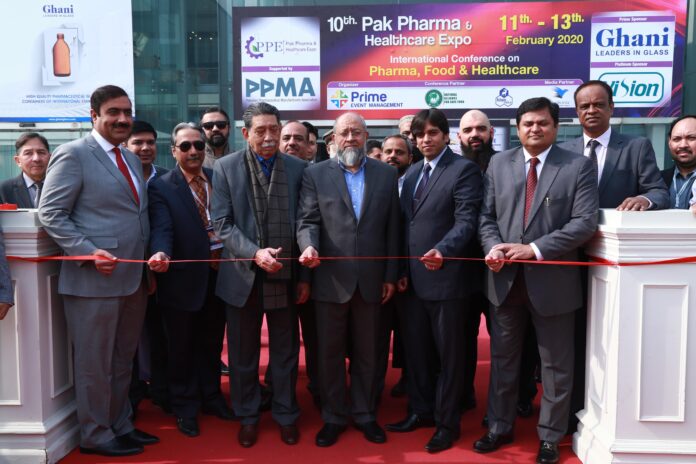 LAHORE: Pakistan’s pharmaceutical industry has enormous potential to grow its global share from existing three per cent and the incumbent government is extending a supporting hand to the exporters to explore untapped markets in the world.

“The local pharma industry can tap markets like Africa and all stakeholders need to work together in this regard,” said Lahore Chamber of Commerce and Industry (LCCI) President Irfan Iqbal Sheikh after inaugurating the 10th Pak Pharma and Healthcare Expo at the Lahore Expo Centre on Tuesday.

The three-day exhibition-cum-conference is being organized by the Prime Event Management and is supported by the Pakistan Pharmaceuticals Manufacturing Association (PPMA).

Sheikh said Pakistani pharmaceutical entrepreneurs have the capability to manufacture quality products, adding that Pakistan’s total exports, which stood around $24.8 billion, are much below than the exports of Vietnam and India.

“Although the government wants to support the pharma industry, it needs to revisit the interest rate and withholding tax (WHT) to further facilitate businesses,” the LCCI president maintained. “We urge the government to rationalise and reduce the ratio of interest rate, duties and taxes so that more people could do their businesses in an investor-friendly atmosphere.”

The LCCI president also asked the government to fix its policies by taking all stakeholders on board.

Speaking on the occasion, Pakistan Pharmaceutical Manufacturers Association (PPMA) Chairman Muhammad Zakaur Rehman said the business community and the government are working together on an export-led growth programme.

“We are updating the government about the problems faced by the export-led industry,” he added.

Drug Regulatory Authority of Pakistan (DRAP) Director Dr Obaid Ullah noted that Pakistan is far behind other countries in the exports of active pharmaceutical ingredient (API), despite the country being a potential market for it.

He said a joint working group comprising officials of FBR, DRAP and API manufacturers is working in the FBR to figure out export opportunities.

Prime Event Management Director Kamran Abbasi said that around 70 local and international companies were participating in the three-day expo. These include companies from Japan, Turkey, Malaysia, Taiwan and Korea.

He said although some Chinese entrepreneurs were unable to attend the trade show because of the coronavirus outbreak, their representatives are participating.

Kamran Abbasi hoped a good number of industry people would be visiting the exhibition in the coming days.