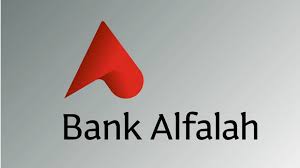 KARACHI: The Board of Directors of Bank Alfalah met on Thursday to review the bank’s performance and announce its financial statements for the year ended December 31, 2019.

According to the financials, the bank reported a profit after tax of Rs13.032 billion for the year ending December 31, 2019, as compared to Rs10.991 billion for the corresponding period last year, showing a growth of 18.6 percent.

The bank declared a final cash dividend of Rs2 per share, or 20 percent. This is in addition to the interim dividend already paid at Rs2 per share. This brings the cumulative divided to Rs4 per share, or 40 percent. The bank’s earnings per share (EPS) clocked in at Rs7.35, which is a small increase from Rs6.14 during the same period last year. These results were below expectation. According to Hamza Kamal, senior investment analyst at AKD Securities, there were a few contributing factors.

The net interest income, while still increasing 40.5 percent YoY to Rs44.862 billion, actually remained flat on a quarterly basis. “This is on account of repricing of certain deposit categories at a time when ‘markup suspension’ dragged gross interest income,” said Kamal. The fee income also fell 18.7 percent YoY, due to flat growth in income related to the Benazir Income Support programme-related income and the disallowance of certain fees charged by the industry. The bank’s profit before tax was Rs22.915 billion, an increase of 26 percent over the last financial year.

Its profit before provisions increased 42.8 percent to Rs25.944 billion. The bank’s fee and commission income, which is earned mainly through trade business and general banking services, stood at Rs7.153 billion. The bank’s foreign exchange income increased from Rs2.183 billion last year, to Rs2.826 billion this year. The foreign exchange income also grew 35.3pc on a quarterly basis. Its dividend income for the year ended December 31, 2019, was recorded at Rs339 million.

On a quarterly basis, the bank reported 4QCY19 earnings of Rs1.87 per share in the fourth quarter of the last year. Capital gains contributed 10.4pc to the earnings. Provisions stood at Rs1.02 billion in the fourth quarter. On a slightly more optimistic note, according to Kamal, administrative costs remained flat in the fourth quarter, as opposed to the historical trend of increasing in that quarter.