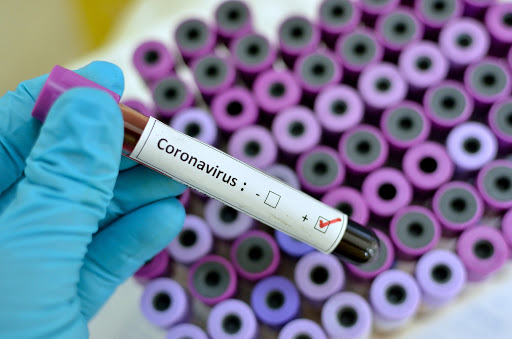 If you think the global paranoia and hysteria surrounding the 2019 coronavirus outbreak is a little overblown, you are wrong. The disease, which began in Wuhan, China, and has now been named COVID-19 (CO-rona VI-rus D-isease 19) has now infected more that 70,000 people and killed more than 1500.

Though the fatality rate is much lower than the Severe Acute Respiratory Syndrome (SARS) epidemic of 2003, and Middle East Respiratory Syndrome (MERS) epidemic of 2012, the infection rate is much higher. Hong Kong’s public health epidemiologist recently declared that up 60% of the world’s population could be infected, if the virus is not stopped. Southeast Asian countries have more than 30 or so cases reported (with the virus even reportedly reaching Bali).

In response, China is doing what it does best: imposing lockdown on massive chunks of its own population. It is not just the control of people or goods in at least 16 of its own cities that have been quarantined – China has even started disinfecting its own bank notes.

And the country has every reason to panic – it is the world’s second biggest economy, with a GDP of $13.6 trillion, and an average growth of around 7% every year. Last year, growth was at about 6%, which is slow by Beijing’s standards. But now, analysts are predicting anywhere between a 5% to 3% growth rate in 2020, because of the virus.

Why is this happening? As The Guardian recently reported, many factories have delayed opening after the lunar year out of fears of the virus. Small and medium businesses have been extremely affected by the general climate of fear. And the impact is also being felt regionally: Chinese tourists, a big source of income in Southeast Asian countries, have dropped significantly by 55%.

There is a precedent of global diseases causing mayhem on the world economy. Consider the SARS epidemic of 2003, which killed around 750 people and infected 8,000. The damage was estimated to be between $30 to $50 billion. And right now China’s economy represents 10.9% of global goods imports in 2018, compared with 5.3% in 2003, when SARS happened.

Even now, some economists are speculating that COVID-19 could shave off 0.3 percentage points off global growth.

And then in the midst of this global paranoia and financial worry, there is Pakistan, China’s next door neighbour. Whatever you can say about the global response, one thing is certain: on just about every level, Pakistan’s reaction to COVID-19 has been patently absurd. There seems to be no national coherent policy about what to do, regardless of what officials from the ruling Pakistan Tehreek-i-Insaf (PTI) claim. 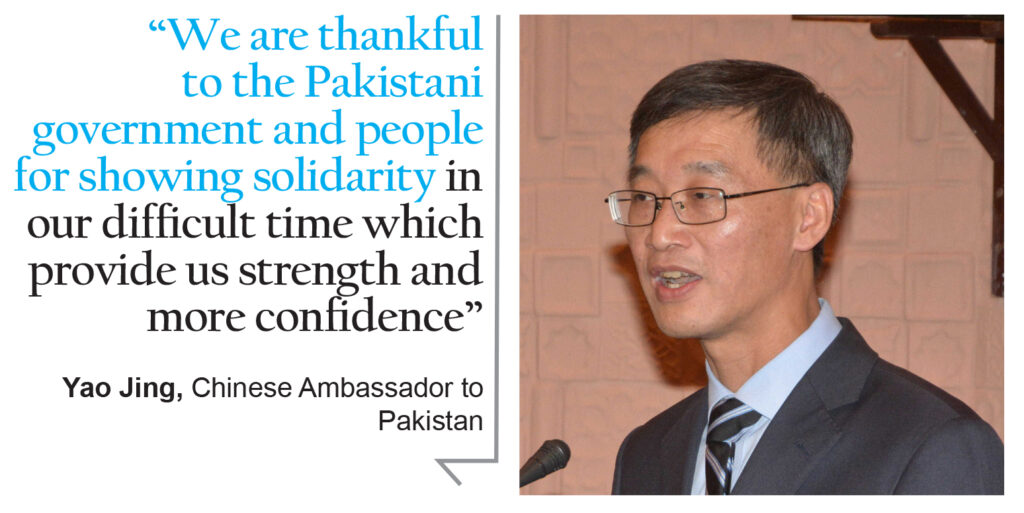 First, Dr. Zafar Mirza, Special Assistant to the Prime Minister on National Health Services, Regulations and Coordination showed up at airports for photo ops with screeners – that simply check for fever. There are 41 flights from China to Pakistan weekly, and yet Pakistan did nothing to check up on the passengers coming in. When it finally banned flights on January 29th, it had to then un-ban flights just three days later, because of unofficial Chinese pressure. As a reminder, even North Korea has curbed travel from China to North Korea.

Despite this casual attitude displayed when it comes to flights, simultaneously Pakistan remains one of the few countries that refuses to evacuate its own citizens trapped in Wuhan. There are currently 800 Pakistani students who remain stuck in China.

Some are praising Pakistan’s pragmatic approach, arguing that Pakistan does not have the capacity or resources to be able to take handle an outbreak. This is true – Pakistan is also one of two countries in the world that can not seem to eradicate polio, forget COVID-19.

Let us for now take the word of Dr Zafar Mirza, who claims that there are still no confirmed cases of the virus in Pakistan. Let us hope that stays true, if for the sake of our own healthcare infrastructure.

But what about our sluggish economy? If China’s factories are shut down, or are delayed, can our economy handle the disruption? Can it withstand the effects of COVID-19?

If you look at recent reports, it does not look promising.

The first to be affected are our industries. A February 11 report prepared by AKD Securities, an investment bank, is somewhat ominously titled “Coronavirus has all the trappings of a ‘black swan’”.  (A black swan, by the way, is a low probability event, with extreme consequences.)

The report makes the case that Pakistan, which is geographically and closely aligned with China, will be negatively affected by the manufacturing disruptions on China. In particular, the country’s domestic import of goods will definitely be impacted, and there might also be a chance of possible supply chain disruptions.

The major trade risk is based on the fact that China has a very strong position in Pakistan’s import mix. Consider: of the top 20 commodities imported in the fiscal year 2019, China was the top supplier for 18 of them. These include: electrical material for telephones, fertilizers, synthetic yarn, semiconductors, medical instruments and others.

According to the analysts at AKD, there are significant risks to the cable and electrical and autos supply chain in Pakistan. That is because much of the core parts of these industries are sourced from China. These include flat steel grades, semiconductors, air conditioning parts, and compressors.

The problem is not just that there is a supply chain problem – it is that, China, being China, has a very large share in global markets for all sorts of products. So even finding alternatives countries that provide those goods will be a “tough and expensive” challenge for Pakistan.

For instance, China has a near monopoly on the production of synthetic filament, fiber and yarn. It also has a large share in steel and chemicals.

In fact, any industry that has components sourced from China, or requires sponsors of Asian origin, will have difficulty in the upcoming period. The report claims that supply chains for industrial manufacturing, auto assembly and parts, food equipment, steel and chemicals are all susceptible to some form of delay or disruption.

Because of this, capital expenditure is likely to rise within industries. That is because sourcing equipment from Europe or other developed East Asian countries will probably lead to cost overruns.

On the bright side, though, any long cycle infrastructure projects, such as those in power or transport will have a little more leeway. This is because of the nature of those project’s extended timeline, which means COVID-19 will hopefully have subsided.

Interestingly, there is a possibility, where some local manufacturers might actually have an advantage in the short term due to this outbreak. Any local manufacturers that produce the above mentioned goods that China used to export to Pakistan, will now be able to reap some kind of benefit.

This benefits non-urea fertilizer companies the most. According to the report, this could include Fauji Fertilizer, particularly in the domestic market for Diammonium Phosphate (DAP) fertilizers. The Fatima Group could also benefit, particularly in Calcium Ammonium Nitrate (CAP) and Nitrogen, Phosphorus and Potassium (NPK) production. Additionally, ICI Pakistan and Lotte Chemicals, which produce synthetic filaments, can also benefit.

However, these are just a few small players. On a whole, it is not likely that just because China has slowed down their production, that Pakistani production and exports can suddenly pick up.

As the report clearly states, “We believe export growth emanating from any decline in global exports are at this point far-fetched.”

This is because our exports are generally of low complexity. And much of our exports themselves are also reliant on semi-finished or processed imports that are linked, again, back to China. In reality if our exports are actually to benefit, it will be less to due to the the COVID-19 outbreak, and more to to do with the long term, Pak-China Free Trade Agreement (FTA), which has at least 313 tariff likens that do not have duties applicable.

The report has points about the market as well: essentially, that “From a market perspective, heavy weightage banks and the upstream oil and gas sector are well shielded from the crisis. Also energy intensive industries, like cements or Regasified Liquid Natural Gas (RNLG) reliant textiles might momentarily benefit from the risk of slow Asian growth.”

Is there still hope? Markets will only respond better if they see any improvement in the economic slowdown. That will mean seeing economic activity resume in major cities, industrial activity resume, and a slowing of additional confirmed cases. As of now, that still remains to be seen.

There is one more interesting report on COVID-19 – this time from the international credit rating agency Moody’s.

The report, “Governments most exposed to economic repercussions of coronavirus tend to have strong fiscal and external buffers”, prepared by analyst Anuskha Shah makes the case that the economic effects of the outbreak will continue for a number of weeks, after which they will tail off and normal economic activity will resume.

However, the direct impact of the outbreak will fall on Asia Pacific (APAC) (which includes Pakistan), and not so much on Europe and the Americas. For the world, those economic implications will exhibit as a fall in tourist arrivals (which is already happening), weaker exports of goods to China, and disruption in the Chinese supply chain.

Most of the impact will be on countries that rely on Chinese tourists, like the Maldives, Thailand, Cambodia, and Vietnam. Other countries that will be impacted are those that export heavily to China, such as Taiwan, Hong Kong, Malaysia, and South Korea. Finally, commodity-producing countries might be impacted, such as Zambia and the Republic of the Congo.

Fortunately, (or unfortunately, depending on how you look at it), Pakistan neither relies heavily on Chinese tourists, nor exports substantially to China, nor really produces commodities. However, there are two ways in which Pakistan’s economy might be affected.

The Moody’s report takes the view that this COVID-19 outbreak is temporary, and will pass in a few weeks or months. And that even the countries that are most exposed, have ample fiscal buffers to deal with a transitory shock.

However, if there is a sustained outbreak that might start having implications for countries that are doing so great. That would include frontier markets, like ourselves.

As the report notes, about 130 countries globally, specifically in Central Asia, sub-Saharan Africa and APAC, are engaged in Belt and Road projects with China.

“For many of these countries, the projects are a major driver of investment growth. Interruptions to capital or labour availability, or delays in implementation could hurt growth, if the effects of the viruses were prolonged.”

This would mean that CPEC projects might have to be put on hold.  As of now there are 10,000 to 15,000 Chinese nationals working on different CPEC projects in Pakistan. Many of these nations did go home for the Lunar year break, and due to the virus, many did not return home.

Any further complications or delays might hamper the progress of the $62 billion CPEC initiative.

Though if you were to hear just last week Chinese Ambassador to Pakistan Yao Jing, and Federal Planning Minister Asad Umar, nothing has, or will stop CPEC. Indeed, Jing said: “We are thankful to the Pakistani government and people for showing solidarity in our difficult time which provide us strength and more confidence.”

And if the virus were to continue, then there would be other additional second order effects. The report notes, that “As market volatility rises, sovereigns that rely on foreign-currency borrowing may face tighter financing conditions.” These include frontier market countries with nearer-term funding needs, such as Mongolia, Sri Lanka, and Pakistan.

Needless to say, with as many disruptions as the the disease outbreak has currently caused, one would have hoped that the government of Pakistan would have a better approach to containing any damage that might occur. As the old saying goes, however, hope is not a strategy. Neither is showmanship, which the current administration seems to excel at.