Huawei to strengthen foothold in Pakistan with Y7p launch 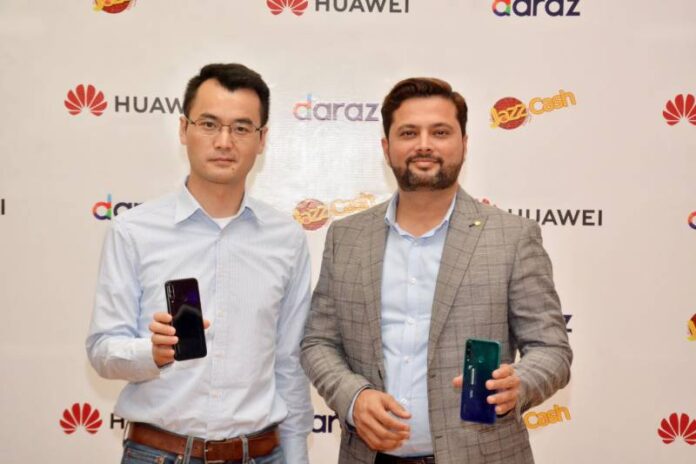 LAHORE: Huawei, a global frontrunner of innovative technology, is poised to introduce HuaweiY7p in Pakistan to build a ‘Huawei ecosystem’ as it steps up efforts to surpass competitors Apple and Google.

Boasting a 48MP Triple Artificial Intelligence (AI) Camera and other features, it is the first smartphone based on Huawei Mobile Services (HMS) to be launched in the country that promises seamless functionality and features.

HMS is essentially a set of applications and services providing many advanced features like Huawei ID, push notifications, payments and other services from Huawei for its device ecosystem, in competition with Google Mobile Services (GMS).

The Chinese company was in a fix after Google suspended its business with it last year and locked the company out of Google’s Android ecosystem.

But while Huawei plans on taking Google and Apple head-on in the mobile market, old players such as Blackberry tried to build a similar ecosystem but succumbed to Google, Apple duopoly.

When asked what are the chances that Huawei will be able to do it successfully, Huawei Pakistan Country Manager Scott Huang said, unlike Blackberry, Huawei invests heavily in research and development in addition to a skilled workforce. “Around 3,000 scientists working on R&D and above all the Chinese market of over a billion people, where Google and Apple are not dominant,” he added.

“Today’s launch is a step towards a new age of technology. The Y7p smartphone also has Huawei AppGallery, which is ranked third among the app marketplaces around the world with more than 400 million monthly active users (MAU),” he said at the launch.

The smartphone comes with a 48MP Triple AI camera with an f/1.8 wide-aperture lens, capable of capturing the most vivid images with high-resolution. The 8MP ultra-wide-angle camera in this phone supports a 120-degree field of view for landscape shots or videos.

It has a separate 2MP camera to realistically capture depth in pictures, portraits and videos. The large 1/2-inch sensor and night-mode allow clarity and details even in the dark, while it also stabilizes handheld, long-exposure shots.

The Huawei AppGallery – the world’s top third app marketplace comes pre-installed on the device featuring top global and local apps and a wide range of HMS.  Moreover, this device also features system-level optimisations, such as EROFS along with a Full Scene Acceleration technology for better app experiences. It runs on a long-lasting 4000mAh battery with AI power-saving, on-the-go and carries a price tag of Rs28,999/-.

The event was also attended by representatives from JazzCash and Daraz.pk, both of which are collaborating Huawei for its AppGallery.