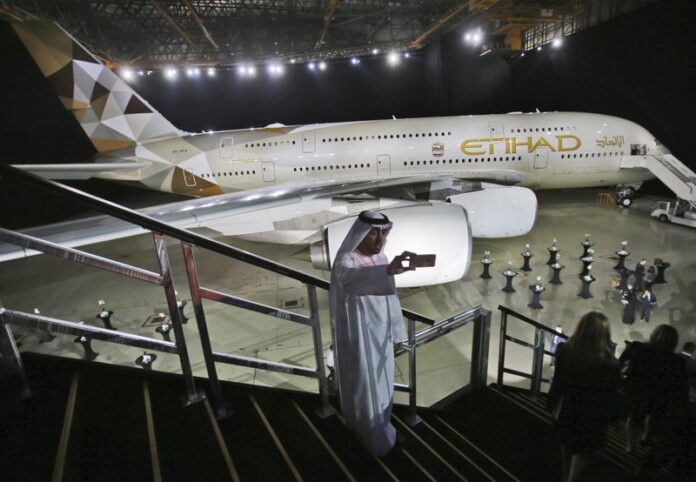 Since 2016, Etihad has lost a total of $5.62 billion as its strategy of aggressively buying stakes in airlines from Europe to Australia exposed the company to major losses.

The company has since started to claw its way out of financial trouble.

In February, Etihad announced it would sell 38 aircraft to an investment firm and a leasing company in a deal valued at $1 billion. Etihad said that revenue would be reflected in its 2020 results.

“There’s still some way to go but progress made in 2019, and cumulatively since 2017, has instilled in us a renewed vigour and determination to push ahead and implement the changes needed to continue this positive trajectory,” Etihad CEO Tony Douglas said in a statement.

Etihad reported revenues of $5.6 billion, compared to $5.9 billion in 2018. It carried 17.5 million passengers last year, down from 17.8 million in 2018. It attributed the lower revenues to cutting back on routes as part of its restructuring plans.

Etihad also has restructured planned aircraft purchases from Airbus and Boeing. It said its fleet now has 101 aircraft in it, down from 106 the year before.

Abu Dhabi’s rulers launched Etihad in 2003, competing with the established Dubai government-owned carrier Emirates that flies out of Dubai International Airport only 115 km away. In 2018, Etihad began loaning pilots to Emirates under a new program. Both Emirates and Etihad compete in the long-haul carrier market, using their nation’s location between East and West to their advantage.

Both airlines continued to fly to Beijing amid the ongoing outbreak of the new coronavirus, even as other Western airlines have cut flights.

Etihad has asked cabin crew to consider bringing forward paid leave from later this year to April, due to the shrinking demand.

“Global restrictions on travel and retiming of events have caused many passengers to change their travel arrangements, and the airline is among many realigning resources to accommodate these changes,” it said in a statement.

The hard times have forced Etihad to sharply reduce its orders from Airbus and Boeing, canceling dozens of aircraft in the process.