Railways to give nine more trains to private sector 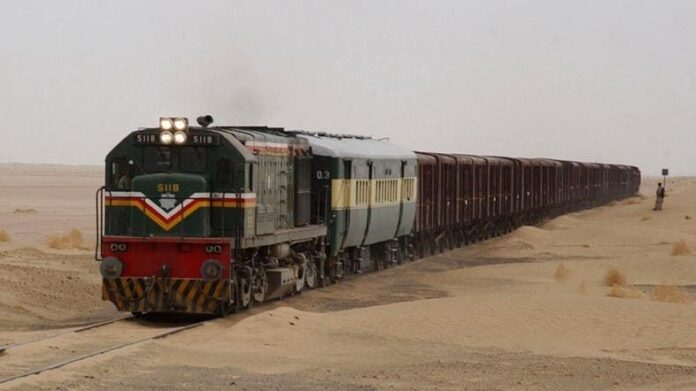 LAHORE: Railways Minister Sheikh Rasheed Ahmed said on Saturday that after giving three freight trains to the private sector, nine more trains would be given to the sector in the coming days.

Talking to media at the Railway Headquarters, Sheikh Rasheed said, “We have given a business plan and a free track policy for the first time in the history of Pakistan and now we will also introduce an infotainment policy.”

Elaborating further, he said under the free track policy, any private party could run its engine or freight wagons on railway tracks and that the department would only charge the track fare.

Under the tenders of infotainment, the contract of waste management or cleanliness would be allotted to the private sector, he added.

“We have already given the responsibility of waste management of three trains to the private sector. In the upcoming tenders, the party that will supply food to the trains will also be responsible for their cleanliness.”

On a query, the minister stated that the department was bound to court orders and “if the ministries of planning and finance give us the required funds, we will try to run the Karachi Circular Railways within six months”.

Sheikh Rasheed mentioned that a 25pc subsidy was recently announced on train fares, adding that the time period of subsidy would be two months (till 15th of Ramadan).

The minister said the trains that were previously in deficit have now been closed, whereas positive feedback was being received for the Gujranwala shuttle train.

“After the new recruitment policy of Pakistan Railways, 5,000 jobs will be given on merit from grade one to grade five,” he claimed.

On another query, he maintained that Pakistan Railways “cannot change without the successful execution of Karachi-Peshawar Main Line-1 (ML-1) project”.