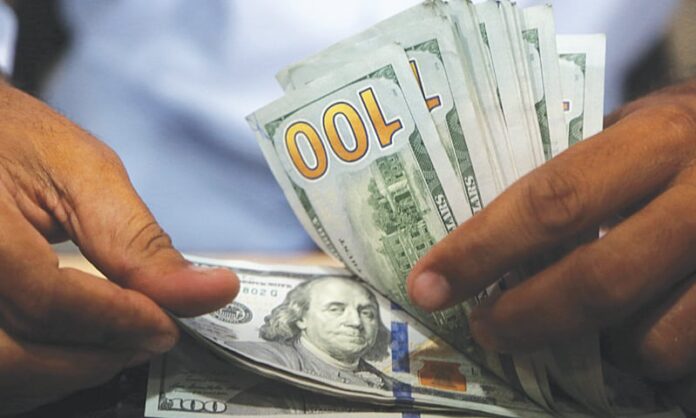 KARACHI: The rupee witnessed its third successive day of decline on Wednesday, as it settled at Rs158.42 per dollar after the greenback gained 98 paisas in interbank market.

Over the span of the last three days, the value of rupees in terms of dollars has gone down by 2.6pc owing to a Rs4.05 rise in the price of the dollar.

This decline in the value of the rupee whereby the dollar crossed the Rs158 barrier in the interbank comes after approximately six months of laying range-bound below.

The decline could be attributed to the outflows in treasury bills. As previously reported, the first three days of March alone witnessed a whopping outflow of $174 million worth of T-bills.

Analysts believe that foreign investors withdrew in an attempt to adjust their portfolios in the wake of global economic conditions and an expected rate cut.