IT ministry only utilised 52pc of its annual budget, Senate body told 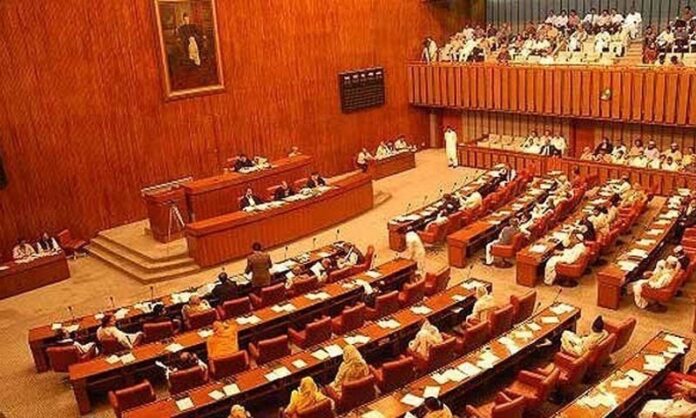 ISLAMABAD: The Senate’s Standing Committee on Information Technology and Telecommunications on Wednesday lamented the “lack of budgetary spending” by the IT ministry.

Committee chairperson Rubina Khalid expressed anger over the fact that the funds released to the IT ministry were not spent as per initial plans. She pointed out, “At times, a budget is approved without proper planning on the pretext that it would be spent on achieving the ministry’s goals. Owing to such exorbitant budgetary demands, other ministries’ budget is cut down to provide funds for certain IT projects, but the spending still remains incomplete.”

Senator Kulsoom Parveen concurred and said that inquiry should be conducted against officials responsible for the lack of budgetary spendings.

The committee chairperson also inquired as to why the ministry was issuing tenders when the fiscal year was coming towards an end.

In response to this, the ministry officials said that the IT ministry had shifted to a new building and therefore estimations were being calculated for the cost being incurred.

The officials also informed that 52pc of the ministry’s budget has been spent.

“What were you doing for the past eight months then?” asked Rubina Khalid, addressing the ministry’s officials. “Your behavior is despairing, it makes my blood boil.”

Senator Rehman Malik opined that IT projects have a direct impact on the country’s GDP. He said that additional funds should be allocated to provide latest technological capabilities to the Federal Investigation Agency (FIA), and that FIA should work in cooperation with the ministry.

The committee members also discussed the pending issues regarding the non-payment of pensions of retired employees of Pakistan Telecommunication Company Limited (PTCL).

Senator Rukhsana said that the PTCL was filing court cases from the trust’s money, while there was still no implementation of the committee’s suggestions on the issue.

The ministry officials responded that they were given two months’ time on January 21st, but there was still some work left to be done. On this, the chairperson remarked that if the same response was given by the officials at the end of the allotted two months, then the committee would take strict action.

The committee also inquired about the legal expenses incurred so far on the non-payment of pensions case. The chairperson said that the defence expenses paid by the pensioners regarding these cases should also be refunded back to them.

“These [pensioners] are elderly people and they are being demeaned and humiliated for asking for their right,” she said.

During the meeting, the National Information Technology Board (NITB) officials informed of the federal government’s decision to establish a job portal. They informed that the portal would have job listings related to federal and provincial positions.

The portal would be completed by the end of June 2020, as per the prime minister’s directives.

The NITB officials also informed the committee on the progress of e-Offices Project and said that so far Rs400 million has been spent on the project, from the total of Rs440 million. “Eleven ministries are still at level-0 of the project; 17 ministries have started using NITB’s template, while certain important ministries are still operating on unsecured websites and they are an easy target for hackers,” an official said.

He said that secure email IDs of more than 4,000 government officials have already been made.