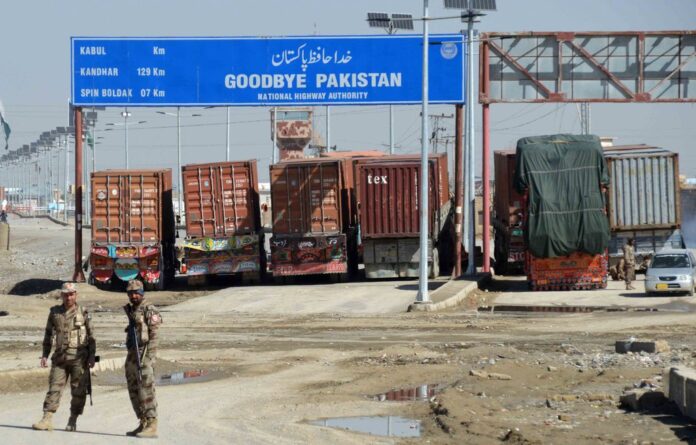 ISLAMABAD: As borders have been closed and the services of international airlines have been suspended in wake of coronavirus outbreak, the exporters of horticulture products fear huge losses in case the closure of trade routes prolong.

As the pandemic has entered over 150 countries so far, Pakistan may also confront an alarming situation in terms of trade and economy.

“If the present situation prevails for the next two months, it is anticipated that the overall export of fruits and vegetables from Pakistan will sustain a massive loss of over $150 million,” said Pakistan Fruit and Vegetable Export Association (PFVA) head Waheed Ahmed on Monday.

On the other hand, he added, the suspension of flights has also posed a serious threat for transportation and trading sectors. “Transportation of food items via sea route is experiencing problems and under these circumstances, only those countries that have a strong agriculture sector along with adequate food for their local population can encounter such a crisis.”

He said owing to the curtailment of operations by various airlines around the world, the export of fruit and vegetables to Europe, Far East and the Middle East has come under threat, adding that amidst closure of hotels, restaurants and a sharp drop in tourism activities, there has been a significant reduction in demand of fruits and vegetables around the world.

“Mega superstores are shutting down as preventive measures against the deadly virus, and this is having a pronounced negative impact on the export of fruits and vegetables.”

He said if the pandemic is not fully controlled, the export of mango, which is due to commence from June, will also be seriously affected, leading to huge financial losses to the exporters as well as the agriculture sector.

Referring to the association’s Horticulture Vision-2030, he claimed by implementing the same, the export of fruits & vegetables could be enhanced to $2.5 billion within a period of five years.

As per Waheed Ahmed, Pakistan tops the list of countries at risk of global warming and that agriculture is likely to be its most affected sector.

“On one hand, the agriculture sector of Pakistan has been hit by scarcity of water while on other, rapid increase in the population is leading to an extraordinary demand of food and more than often to get out of such crises, the country has no other option but to go for import which in turn puts immense pressure on our foreign reserves,” he noted.

He, however, said while the spreading of coronavirus has created numerous tough challenges, it would equally open doors of opportunities in future. To take full advantage of that specific situation, it’s imperative to work on a war-footing to strongly develop the agriculture sector.

“Bright opportunity awaits to enhance exports to $25 billion alone on a medium-term basis if the government and political parties with mutual consensus work together for agricultural development.”