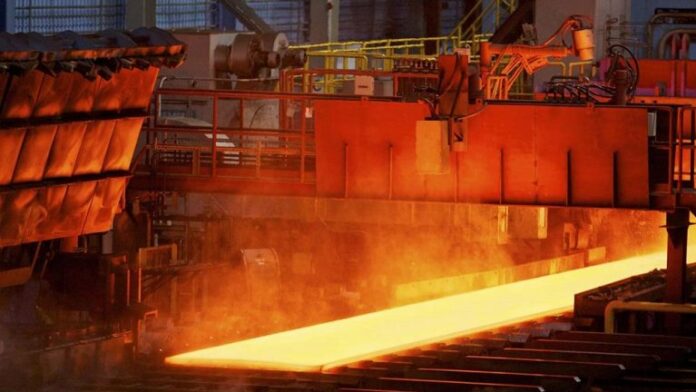 LAHORE: The Amreli Steels Limited (ASTL) informed the Pakistan Stock Exchange (PSX) on Wednesday that its rolling mill would remain non-operational for 10 days that might result in decline of rebars’ production of up to 8,000 metric tonnes for the quarter ending March 31, 2020.

In a letter, the company’s secretary Adnan Abdul Ghaffar informed that they had encountered an unexpected breakdown in their re-heating furnace at their re-rolling plant situated at Dhabeji and that the teams were working to fix the fault and resume the production facility as early as possible.

“However, it may be clarified that our Steel Meltshop located at Dhabeji and Rolling Mill located in SITE area Karachi remains operational,” Ghaffar mentioned in the letter.

Talking to Pakistan Today, Misha Zahid, an investment analyst at the Arif Habib Limited, said the re-rolling mill at the Dhabeji plant has an annual capacity of 425,000 metric tonnes. Hence, as per the management, the 10-day closure translates into a loss of 8,000 metric tonnes, she added.

“Given the already weak fundamentals of the company, this will be materially negative,” Misha said, adding the ASTL management previously expected to sell 320,000 metric tonnes in FY20. Its target will fall short of 8,000 tonnes (2.5pc).

ASTL was incorporated as a private limited company in 1984 and converted into a public unquoted company in 2009. ASTL is engaged in manufacture and sale of steel bars and billets.

As per the company’s recently released half year and second quarter report ending December 31, 2019, compared with the second quarter under review (December 2019) with the first quarter (September 2019) of ongoing financial year, the company’s net sales increased by Rs1.5 billion, reflecting an increase of 24.1pc, which is primarily due to higher sales volume of 18,781 metric tonnes or 29.6pc more than the first quarter.

As per ASTL’s report, cost of sales increased by 28.5pc, which resulted in decline of gross margins by 3.1pc, and similarly the operating profits also declined to 3.4pc in December 2019 from 6.1pc in September 2019.

The company reported a loss after tax of Rs313 million for the half-year ended December 31, 2019 as compared to the profit after tax of Rs516 million during the same period last year, showing a decrease of 160.7pc.

ASTL’s Chief Executive Officer Shayan Akberali said a slowdown in overall economy, smuggling from Iran, misdeclaration of input by some manufacturers, anomalies in taxation of certain types of intermediate goods, inability of FBR to adjust input sales tax of the opening inventories, increasing cash flow difficulties, and goods coming from FATA/PATA at a much cheaper rate were all exerting huge pressure on price.

Further, supply being more than demand was containing the company’s ability to pass through increase in costs, resulting in losses in both the quarters, Akberali mentioned in the report.